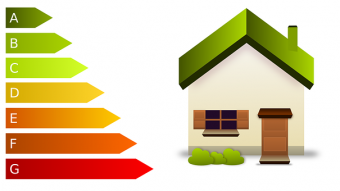 Nearly a fifth of commercial rental properties in England and Wales do not yet meet statutory minimum energy efficiency standards due to come into force from April next year, new research has revealed today.

More than 115,000 commercial buildings – 17.5 per cent of those rated in England and Wales – have Energy Performance Certificates rated F or G, according to big data firm DealX.

It means that in a year’s time landlords will be forbidden from renting out these properties and could take a significant financial hit unless steps are taken to bring their properties up to standard.

The DealX research – which is included in a report on real estate climate risk released today by insurance broker Willis Towers Watson – also suggests areas in the North of both England and Wales, as well as parts of Cornwall, have the highest number of F and G rated commercial properties.

Under the Energy Efficiency Regulations established in 2015, Minimum Energy Efficiency Standards (MEES) rules were set for all commercial and domestic private rental properties, with a few exceptions. The standards are due to come into force in England and Wales from April 2018.

The standards are aimed at making it easier and cheaper for tenants to heat their properties, cutting emissions from the UK’s building stock in the process.

The MEES regulations came into being alongside the currently-defunct Green Deal, the government’s pay-as-you-save energy efficiency loan scheme, whichwas sold off to a consortium of investors for around £40m earlier this year.

The Real Estate Climate Risk Report today recommends a range of measures to improve building energy efficiency and guard against property investment risk, including government funding for a mass retrofitting programme, increasing MEES requirements for buildings to reach at least a D rating by 2020, and the industry-wide adoption of Display Energy Certificates.

The government has said it will set out its plan for reducing the UK’s building emissions as part of its long-delayed Clean Growth Plan.

“The government recognises that better energy efficiency can help the transition to a low carbon economy and significantly improve quality of life,” a spokeswoman for BEIS said in a statement. “We’re committed to tackling fuel poverty and our current reforms will help insulate one million homes across Britain by 2020.”