A quarter of the world’s population across 17 countries are living in regions of extremely high water stress, a measure of the level of competition over water resources, a new report reveals. 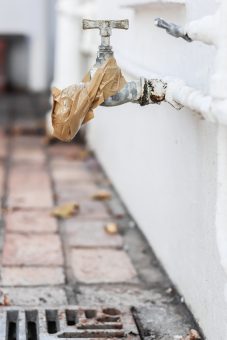 Experts at the World Resources Institute (WRI) warned that increasing water stress could lead to more “day zeroes” – a term that gained popularity in 2018 as Cape Town in South Africa came dangerously close to running out of water.

Qatar, Israel and Lebanon were ranked as the most water stressed countries in the world, with Badghis in Afghanistan and Gaborone and Jwaneng in Botswana the world’s most water-stressed regions.

“Water matters,” said Betsy Otto, global director for water at WRI. “We’re currently facing a global water crisis. Our populations and economies are growing and demanding more water. But our supply is threatened by climate change, water waste and pollution.”

The global research organisation compared the water available to the amount withdrawn for homes, industries, irrigation and livestock.

In the 17 countries facing extremely high water stress, agriculture, industry, and municipalities were found to be using up to 80% of available surface and groundwater in an average year. When demand rivals supply, even small dry spells, which are set to increase because of the climate crisis, can produce dire consequences.

Twelve of the 17 high-risk countries were in the Middle East and North Africa.

The level of water stress in India, a country of more than 1.3 billion people, was striking, experts noted. India ranked 13th in the report.

In July, taps in the southern city of Chennai ran dry and satellite photographs showing an empty lake in the city went viral on social media.

Although the US did not have high levels of water stress overall, a handful of states – including New Mexico and California – were found to be facing significant strains on their water supplies that will only intensify with global heating.

World Bank research has emphasised that “while the consequences of drought are often invisible, they are significant and cause ‘misery in slow motion”.

The report paints a worrying image of water risk and warns of other social and political problems attached to water shortages.

Around the world, stress on water supplies can exacerbate conflict and migration, threaten food supplies and pose risks for water-dependent industries, including mining and manufacturing, WRI notes.