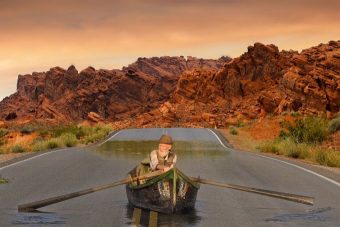 The European Union has reaffirmed its full commitment this week to helping the Pacific Islands and territories deal with the negative impacts of climate change, further reiterating the European Union’s recent moves to publicly confirm the importance of the Paris Climate Agreement.

The move came at the inaugural meeting of the Climate Action Pacific Partnership held in Suva, Fiji, over the 3rd and 4th of July, which was organized in recognition of the need to support and strengthen the participation of Pacific Small Island Developing States (P-SIDS) in the global transition to a low-carbon economy and increase their participation in the global climate agenda. These P-SIDS states are made up of Federated States of Micronesia, Fiji, Kiribati, Republic of the Marshall Islands, Nauru, Palau, Samoa, Solomon Islands, Tonga, Tuvalu, Vanuatu, and my own country, and Papua New Guinea.

Out of the event held in Fiji earlier this week came key recommendations including the need to mainstream climate risk considerations and resilience across all policies, as well as in public and private investment and financing strategies.

The Pacific Island leaders also adopted a “Framework for Resilient Development in the Pacific (FRDP): an integrated approach to Climate Change and Disaster.” The Framework is designed to provide “high level strategic guidance to different stakeholder groups on how to enhance resilience to climate change and disasters, in ways that contribute to and are embedded in sustainable development.” The EU will thereby support this Framework and its implementation as well as “support the development of innovative approaches for linking climate actions taken by the public and private sectors and by civil society.” The P-SIDS leaders committed themselves to the Paris Agreement and the scientific basis behind the Agreement in a Statement published on Wednedsay.

Additionally, and speaking specifically to the danger of climate change, Fijian Prime Minister Frank Bainimarama announced that his country has offered to provide permanent refuge to the people of Kiribati and Tuvalu, two of the most climate-vulnerable Pacific nations, in the event that their atolls are subsumed by rising sea waters caused by climate change.

Looking at the role of the European Union, it is unsurprising that they have taken such a leading role, not just to continue an existing leadership role that the EU has been very proud of — and which is mirrored in the low-carbon transition in evidence in many large and small EU Member States — but to hit out at the move made by US President Donald Trump’s decision to withdraw his country out of the Paris Climate Agreement.

In the wake of the move, the European Union has repeatedly committed to reaffirm its support of the Paris Climate Agreement. In May, the EU, alongside 79 African, Caribbean, and Pacific countries, committed to defend and implement the Agreement, and a month later all the leaders of the European Union and its various presidents all reaffirmed their strong commitment to the Paris Agreement, and their desire to “swiftly and fully” implement the goals therein.

Additionally, and maybe most interestingly, we reported last week that German Chancellor Angela Merkel — arguably the EU’s most prominent leader and proponent — has made it clear she will likely confront the United States President over his isolationist policies, in particular the impact these policies have on global climate issues. 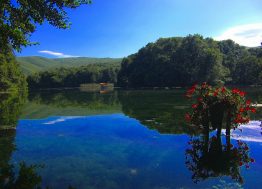