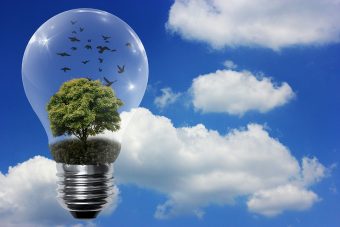 On Friday, EU lawmakers agreed to provide a €672 billion recovery fund boost for the EU economy.

How green is it? Fairly green — 37 percent of the funding has to go to projects that help the climate.

Unfortunately, there’s also support in there for “alternative fuels” — which includes biofuels and gas. They are counting such applications as “green.” Furthermore, there is no mention at all of electric cars. They are simply not named at any point in the text. Clearly, electrifying transport is key to achieving climate objectives.

“This is the biggest green stimulus plan ever. Thanks to relentless campaigning by NGOs, hundreds of billions are now available to be spent on renewable power, efficient housing, electric buses and cycle paths,” William Todts, Transport & Environment’s executive director, acknowledged. “But it’s absurd that this deal greenlights governments the squandering of EU money on things like fossil gas and high-emitting biofuels while not having a word to say about electric cars and trucks.”

If the EU’s green recovery is hampered by billions of euros being funneled into dead-end, dirty biofuels projects, that will hurt Europe in the long run — economically and in terms of reducing harmful pollution. Europe actually faces a serious economic challenge outside of the pandemic shutdowns and aftermath. It has many automakers who have been slow to electrify. It also lacks battery cell production and mining operations for battery cells. Thanks to climate regulations, 2020 has been a big boost stimulating much needed progress from the automakers, turning Europe into the hottest electric vehicle region on the planet, but much work is yet to be done, including — as noted above — in the realm of batteries. This green recovery package could help a great deal in that regard, but not if precious euros are squandered on biofuels and other sideshow gas contortions.

“T&E said the European Commission can still stop fake green investments if it takes seriously the Do No Harm principle, which is enshrined in the plan. Campaign groups will continue their fight to stop stimulus going to polluting industries. Earlier this year an appeal by 130 NGOs for a ‘Green and just Recovery’ attracted the support of more than 1.3 million people,” Transport & Environment (T&E) writes. From over here on the other side of the Atlantic, keep up the good fight, noble climate commanders.