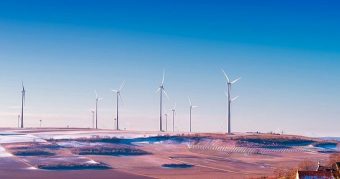 If Europe is to fall in line with the Paris Climate Agreement intention of limiting global warming to 1.5°C above pre-industrial levels, the region must significantly increase its rate of growth for offshore wind development, tripling it at the very least.

These are the primary conclusions published by Michiel Müller from leading international energy and climate consultancy, Ecofys, who penned an article for Energy Post last week explaining that “Europe will need a fully decarbonized electricity supply by 2045” and that “Renewables are essential to making this happen,” specifically, Müller argued that “offshore wind from the North Seas region will be pivotal for realising a 100% decarbonised electricity supply in less than 30 years.”

Müller’s argument is based on research done between Ecofys and its parent company, Navigant, which looked at offshore wind generation in the North Sea for the ten countries surrounding the North Sea — France, Belgium, the Netherlands, Luxembourg, Germany, Denmark, Sweden, Norway, Ireland, and the United Kingdom. Specifically, a white paper published in March by Ecofys and Navigant concluded that 15% of the North Sea region’s total electricity demand could be supplied by offshore wind energy by 2030. This integrated ‘North Sea Grid’ is believed to be the only way to achieve the growth necessary to help meet the Paris Climate Agreement targets.

The research from Ecofys and Navigant determined that the total available onshore generation from various renewable energy sources — wind, solar, bio, hydro, and a little bit of nuclear — would only be able to provide up to 55% of the required capacity to meet the Paris Agreement targets. This leaves 45% needed to be covered by offshore wind, which translates into approximately 230 GW (gigawatts) — 180 GW generated in the North Sea, and the remaining 50 GW in other seas such as the Baltic and Irish Seas, as well as the Atlantic Ocean.

There is currently only 13 GW worth of offshore installed in the region, requiring a massive turning of the screws to increase the rate of delivery. Ecofys and Navigant explains that the installation rate would have to triple from the current 3 GW a year to approximately 10 GW a year.

But, as has been pointed out repeatedly this year, this sort of growth cannot be achieved by one nation alone, and requires national collaboration, coordination, and interconnectivity between North Sea nations. Interestingly, a report published in July by the World Energy Council (WEC) Netherlands posited a similar solution, explaining that the North Sea must play a crucial role in the energy transition ahead for northwestern Europe — a transition which could result in between €100 billion and €200 billion in economic value for neighboring regions in the transition away from fossil fuels.

“The opportunities and diversity thereof in the North Sea are huge,” said Jeroen van Hoof, the chair of WEC Netherlands. “The Energy Transformation in the North Sea creates new industries. We can benefit from huge economic advantages by installing large wind farms. Also, a co-ordinated removal and smart re-use of former oil and gas assets can generate new economic activities. The potential is significant.”

The main point from all that has been published this year regarding the North Sea’s potential, however, is the desperate need for cooperation and interconnectivity between the North Sea’s bordering coutnries. As Müller concludes in his Energy Post article, before the demand for interconnection “can be addressed on the technical level, it will be the collaborative connection between the involved countries and public and private stakeholders that counts.”

“Developing a long-term spatial planning strategy and a robust 2045 roadmap for flexibility options will be two of the key steps to meeting the Paris goals. Joint strategic planning will secure operational security during and beyond the energy transition.” 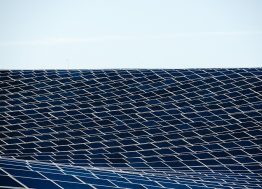 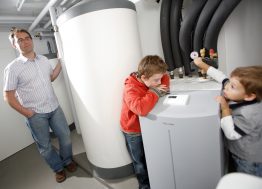