The past winter was by far the warmest on record for Europe, according to the Copernicus Climate Change Service/ECMWF. It was the second warmest February, both globally and for Europe. 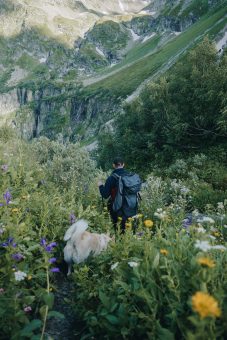 From December 2019 to February 2020, there was persistent mild weather over Europe, particularly in the north and east. The average temperature was almost 1.4°C higher than that of the previous warmest winter, 2015/16 (when there was a strong El Niño) and 3.4ºC above the 1981-2010 norm.

Japan also had both its warmest winter and warmest February on record, according to the Japan Meteorological Agency. The average temperature from December to February was 1.66°C above the 1981-2000 baseline.

France and Spain both had the warmest and driest Februarys on record. In North Africa, Morocco also reported very low rainfall. By contrast, the  United Kingdom had its wettest February on record, according to the Met Office.

In addition to the underlying long-term signal from climate change, natural climate variability also played a role. The North Atlantic Oscillation, which refers to variations in the large-scale surface pressure gradient in the North Atlantic region, has been predominantly “positive” during winter 2019/20. A positive NAO during winter is usually associated with wetter-than-normal conditions across northern Europe and drier-than-average conditions for southern Europe and the Mediterranean region.

It was the warmest January on record, both in Europe and globally.