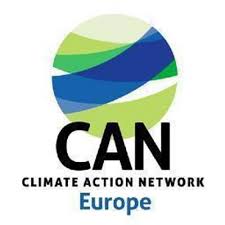 Many EU Environment Ministers discussing implications of the Paris Agreement for EU climate and energy policies today acknowledged that the EU must ramp up its climate targets in line with the Paris Agreement signed last year. In reaction to the debate at the Environment Council on 4th of March , Wendel Trio, director of Climate Action Network Europe said: “Many European leaders understand that the Paris Agreement will only be meaningful if it is translated into deeper emission cuts in every country. Several Ministers rightly acknowledged that if the goals adopted in Paris are to be within reach, we need to ramp up our current, weak climate targets. True leaders cannot turn a blind eye to the fact that there is a wide gap between our current climate action plans and what needs to be done to avoid a climate disaster.” The call for more ambition came from Germany, France, the UK, Austria, Belgium, Denmark, Greece, Luxembourg, Portugal, Slovakia and Sweden. According to CAN Europe, the EU needs to revisit its inadequate 2030. targets latest by 2018. After 2018., when the EU will have adopted its policies to implement the 2030 targets, it will prove to be next to impossible to increase them.
Climate Action Network Europe is Europe’s largest coalition working on climate and energy issues. With over 120 member organizations in more than 30 European countries – representing over 44 million citizens – CAN Europe works to prevent dangerous climate change and promote sustainable climate and energy policy in Europe.