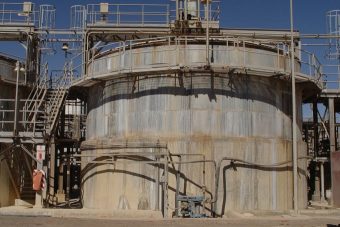 There is a “limiting” of focus to how to reduce the presence, and improve the tracking, of chemicals of concern in products, it says, rather than addressing the conflicting and overlapping requirements of the legislation, the stated aim of the roadmap in 2015.

It also says that this was clearly expressed in the Commission’s own 2016 Regulatory Barrier Study.

Its comments come in response to a consultation on the Commission’s recently published roadmap, along with those of other trade bodies, NGOs and member states.

Orgalime gives the example of the “conflicting and/or parallel” measures to restrict the use of certain substances in electrical and electronic equipment (EEE) under REACH and RoHS.

“Even if all substances of concern were banned from all products as of tomorrow, these substances would still remain present in secondary raw materials for decades. This is primarily due to the realities of today’s waste management, pre-REACH realities or a lack of implementation of existing waste and chemicals legislation,” it says.

For its own industry, exempting legacy spare parts, and the reselling of old products, from bans on hazardous substances under REACH and RoHS would help avoid regulatory conflicts and meet the objectives of the circular economy.

It recommends that the ‘repair as produced’ principle – which involves allowing the use of legacy parts for repairing products – is extended to other legislations, such as REACH and the Ecodesign Directive. This, it says, would be a “desirable next concrete step for more circularity in our sector”.

The Commission’s amended RoHS Directive, which is currently under consideration by the European Parliament and Council, is a good example of legislation that resolves inherent policy conflicts and establishes consistent legislation that “reconciles environmental and economic aspects”.

The RoHS amendment exempts the reselling and use of legacy spare parts.

Legislative convergence is still needed, however, as both REACH and RoHS cover the same uses of the same substances in EEE, for example, for lead or the phthalates DEHP, BBP, DBP, it says.

It also recommends applying one common methodology for the identification and evaluation of substances to be restricted under the laws. This should be based on risk, the availability of reliable substitutes and technical feasibility of substitution.

The roadmap identifies the problem of insufficient information about substances of concern in products and waste.

But Orgalime says that information requirements are the least important policy issue for the sector. This is because they “can easily become disproportionate for product manufacturers while not translating into (much) benefit”.

They are also “technically and procedurally very difficult – in particular, in consideration of very long and complex supply chains. Such an approach would be contrary to the Commission’s much proclaimed wish to simplify regulation.”

The Commission is expected to publish a recommendation on policy options by the end of the year.