Senior climate scientists say that the world’s carbon sinks could be facing a grave threat from a wholly unexpected source: the EU’s renewable energy directive.

The climate law could suck in as much imported wood as Europe harvests each year because it will count energy created from the burning of whole trees as “carbon neutral”, according to several academics including a former vice-chair of the UN IPCC.

Jean-Pascal van Ypersele, who is now a climate sciences professor at Université Catholique de Louvain, said the risk of the directive encouraging tree clearances and the destruction of global carbon sinks was now “extremely high”. 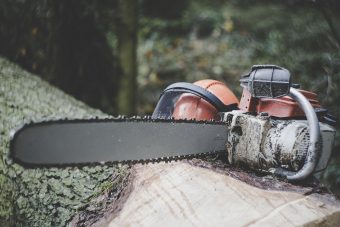 “This amounts to sawing off the branch on which humanity sits,” he told the Guardian.

Indonesia and Brazil were among 27 countries which pledged “to increase the use of wood … to generate energy as part of efforts to counter climate change” at the Bonn climate summit last year.

Without additional conservation measures, “the directive in its present form will create a large demand for wood that will contribute to destroying those forests,” van Ypersele said. “It is a catastrophe in the making.”

The EU’s thinking has been that carbon neutrality can be achieved by planting new saplings that eventually compensate for the carbon released by the burning of trees for energy.

But the saplings’ growth can takes decades or centuries. By 2050, replacing fossil fuels with wood will likely result in two- to three times more carbon in the atmosphere per gigajoule of final energy, the paper says. 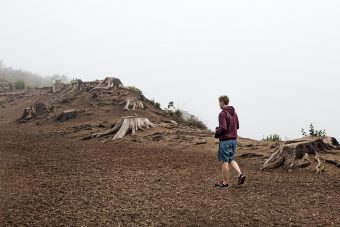 Nino Aveni, a spokesman for the Bioenergy Europe trade association, argued that new saplings could reabsorb the CO2 emitted by fully grown burned trees within “years to decades”.

“Sustainability criteria are a guarantee that existing forest protection measures are applied to wood used for bioenergy production,” he said. “EU member states have already strong forest policies in place.”

An EU official confirmed that the new analysis was accurate – and said that if anything, it underestimated the scale of the problem.

The directive “really will [spark] a race to the bottom because there is no inherent limit to the potential over-harvesting,” the source said. “There is a high risk that it will involve the possibility of increasing emissions with no possibility of any greenhouse gas savings at all.”

The magnitude of the problem – which eminent academics last year described as “a critical flaw” in EU climate policy – was not understood within the EU, the source claimed.

“Partly that is because of wishful thinking,” the official said. “Partly it is so fundamentally wrong that most people would not believe it could be as wrong as it is.”