Industry lobbies are mounting a push to roll back EU clean water regulations, even though less than half of the continent’s rivers, wetlands and lakes are in a healthy state. 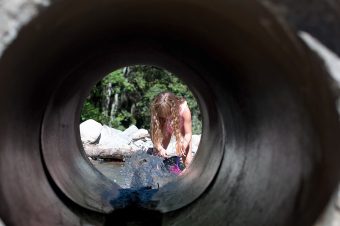 The lobby offensive is aimed at weakening the bloc’s floods and water framework directives, which require all states to ensure their waterways are in “good ecological condition” by 2027. Conservation groups say the proposed changes could sound a death knell for several endangered aquatic species.

The campaign by mining, agriculture, hydropower and chemical lobbyists has been backed by five EU states: Germany, the Netherlands, Belgium, Luxembourg and Finland.

Andreas Baumüller, the head of natural resources at WWF’s European policy office, said: “Rivers, lakes and wetlands are our life support systems but they are being annihilated under our very eyes. We have the legal tool to stop this – the EU water law – but member states must actively stand up to the sectors that pollute and destroy the most.”

A new study by several environmental groups says that proposals for an EU “fitness check” of water rules could allow harmful projects, weaken the “polluter pays” principle and lower the bar for what counts as a “good” ecological condition.

A “one out, all out” rule obliging holistic waterway standards for biodiversity, flow and pollutants is being particularly challenged.

In position papers seen by the Guardian, the Swedish mining company SveMin says the rule “cannot prevail” because of its “severe negative impact on investments”. The document calls for more flexible exemptions and a new definition of a good ecological water state.

The UK’s National Farmers’ Union also wants the rule reviewed for costs to industry and feasibility. Its submission argues that the onset of climate change necessitates a “reality check”, including more derogations from “unachievable” water flow targets.

Ariel Brunner, Birdlife Europe’s policy chief, said such changes “would almost certainly mean the extinction of many aquatic species that are already on the edge: sturgeon, eels, snails and a lot of endemic but localised fish species. But the impacts go way beyond biodiversity.

“With the rapid acceleration of climate change, this could become a question of life or death in places like the Iberian peninsula. If they keep using water at the current rate, when the big drought comes there won’t be any water left.”

While industry lobbyists claim the directive’s rules are too stringent, some EU states argue that the directive would, counterintuitively, be strengthened by incorporating some lobby positions.

An unpublished EU states’ policy paper seen by the Guardian argues that extending the 2027 deadline would increase legislative coherence and compliance, partly because the bloc en masse is unlikely to meet the 2027 benchmarks.

“Allowing more time to meet the objectives on grounds of technical feasibility and disproportionate costs would postpone the moment that good status is achieved,” it says. “However, the level of ambition regarding the environmental objectives would still be retained.”

Brunner said: “Instead of actually cleaning up the water and making it healthy, this debate is about redefining the word ‘healthy’ to include the ‘unhealthy’. It is just dressed up as making targets realistic and achievable.”

More than 375,000 people have signed a petition calling for the water law to remain unchanged.

An EU statement on the fitness check is expected in the autumn, before a vote by environment ministers that should then be ratified by the European parliament in 2020.