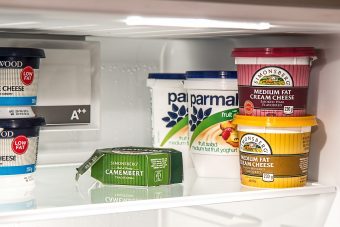 After years of criticism the EU looks set to retire the much-maligned A+++ energy labelling scheme and return to a simpler A-G rating system.

The EU originally used an A-G system of labels to inform consumers of the most energy efficient electrical applicances.

However, as the efficiency of washing machines, dishwashers, fridges and other products improved some manufacturers lobbied intensively for the A-G system to be augmented by new labels running for A+ to A+++.

Green groups have argued for years that the new approach confuses consumers and means products that are a long way short of best in class are able to retain an A or A+ label.

Now the EU has recognised these concerns with negotiators from the European Parliament and Council agreeing yesterday to revise the labelling system and relevant regulations in order to replace the A+++ to G ratings with “clear and easier to use A to G labels”.

The proposals also include plans for a new public database of products that will make it easier for consumers to compare the energy efficiency of household appliances.

The news was also welcomed by the European Commission, fuelling hopes an upcoming ‘trilogue’ negotiation between the three branches can deliver the promised reforms.

The European Commission said energy efficiency labels had proven successful, with polls showing 85 per cent of consumers look at the labels when making purchases. Experts have also credited the scheme with driving significant improvements in energy efficiency as manufacturers have sought to achieve the more impressive labels.

However, the Commission acknowledged the system of A+ labels had become “misleading and hid potential substantial differences in energy performance”.

Vice President for Energy Union Maroš Šefčovič said it was important the labeling system kept pace with technical improvements across the industry.

“Technological innovations allow European citizens to enjoy the most advanced products on the market; it was therefore high time to bring our labelling scale up to date,” he said. “The new labels will be empowering consumers to take energy efficiency into account when choosing their next electric products.”

Commissioner for Climate Action and Energy, Miguel Arias Cañete, said the deal was “good news for Europe’s consumers and businesses, our energy bills and the climate”.

He added that the new labeling scheme, together with eco-design standards that require products to reach a minimum level of energy efficiency, could save households close to €500 a year, while also increasing manufacturers and retailers’ annual revenues by over €65bn, and saving annual energy consumption equivalent to that of Italy and all the Baltic countries combined.

Significantly, the Commission said the new proposals would ‘future-proof’ the legislation by allowing for software updates to appliances, incorporating new smart devices, and explicitly banning the use of so-called ‘defeat devices’ similar to those used by Volkswagen in the ‘dieselgate’ scandal to undermine EU standards.