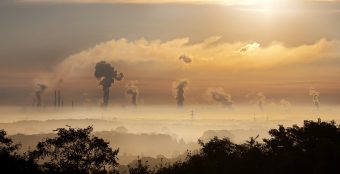 The energy taxes that are currently in place in the world’s top economies aren’t extensive enough to aid in the mitigation of anthropogenic climate change to a large degree, according to a new study from the Organization for Economic Co-operation and Development (OECD).

In other words, these energy taxes aren’t curtailing energy use to much of a degree, nor are they driving a shift toward lower carbon-intensity energy modalities, nor are they spurring large-scale energy efficiency improvement efforts.

The findings are the result of a study that analyzed the use of energy taxes in 42 different OECD and G20 economies between the years of 2012 and 2015. The economies in question collectively represent around 80% of global energy use and anthropogenic carbon emissions.

The study reads: “A bird’s eye view of effective taxes per ton of CO2 across all countries reveals that there is hardly any change in the tax rates on emissions outside the road transport sector…Taxes continue to be poorly aligned with environmental and climate costs of energy use, across all countries.”

“The study did not include carbon market prices, such as in the EU’s Emissions Trading System, but the OECD said they do little to change the report’s findings. The OECD found that almost all taxes are too low to help combat global warming, compared to a benchmark level of €30 per ton of carbon dioxide (CO2) — a conservative minimum estimate of the damage from emitting one ton of CO2.

“Coal, which accounts for almost half of carbon emissions in the 42 countries, goes untaxed in many countries, and was taxed above €5/tCO2 in just 5 countries examined. Taxes on oil products were relatively high at over €100/tCO2 on average across all sectors and particularly high in road transport, a sector which remains almost entirely dependent on oil products.”

Notably, taxes for diesel fuel use in the transport sector are still much lower than for petrol/gasoline use in all but two of the economies in question, although shifts do seem to be appearing on that count, according to the report.

As a conclusion, the report reads: “Apart from transport fuel tax increases in some large low- to-middle income economies, and some first steps toward aligning diesel taxes with gasoline taxes, there is no structural change to the pattern of taxes on energy use between 2012 and 2015.”

This is a bleak assessment, though by no means surprising. Governmental actions over the last few years regarding climate change have involved talk, argument, public spectacle, and not much more. Regardless of political affiliation, or ideological beliefs, there’s not much of anything being done to mitigate the severity of the climate changes that are coming on the governmental level.