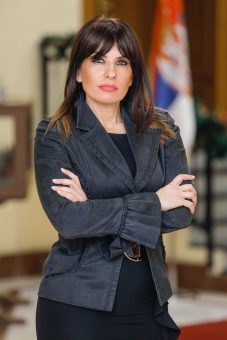 Photo: Ministry of Mining and Energy

Renewable energy sources, environmental protection, and the pursuit of climate change mitigation have long been global goals, the achievement of which should lead to a new, significantly different concept of life on our planet. On the way to a sustainable organization of the economy and society as a whole, there are obstacles, and how Serbia plans to solve some of these problems and what are the plans for the transition to green energy and more comprehensive environmental protection, we spoke with Jovanka Atanacković, State Secretary for Green Energy in the Ministry of Mining and Energy.

EP: The Ministry formed the Sector for Green Energy. When do you expect the adoption of the National Plan for Climate and Energy expected?

Jovanka Atanacković: Considering the global policies related to the energy transition, it is necessary that Serbia resolutely dedicates the use of green energy and development in areas of energy. That is why the Sector for Green Energy has been formed within the Ministry and the administrative capacities for the big job that awaits us have been strengthened. We have already started with the reform of the regulatory framework and the creation of conditions for more intensive investment in this area. The Working Group for drafting the first special law on renewable energy sources was established, and it will regulate this very complex area. Next year, the Ministry’s main focus in the field of green energy will be the adoption of the Law on Renewable Energy Sources, which will lay the foundations for the transition to green energy and more dynamic use of renewable energy sources. The development of an integrated national plan for climate and energy will define Serbia’s goals by 2030 in three areas: energy efficiency, renewable energy sources, and reduction of greenhouse gas emissions will also be a great challenge. This plan will concretize measures and activities, including projects in the field of renewable energy sources, which should position the Serbian economy and energy on the European and world market as a sustainable economy that produces goods and services with the greatest possible use of renewable sources. Also, all the procedures will be digitized. 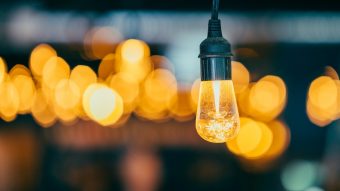 EP: What are the plans for solving the problem of air pollution?

Jovanka Atanacković: By signing the Declaration on the Green Agenda in November this year, the Republic of Serbia expressed its readiness to decarbonize the electricity sector and to create public policy documents for the period until 2050, with clearly defined goals until 2030, in such a way as to achieve the goals. Decarbonization of the electricity sector will reduce all forms of pollution. Subsidies for financing energy efficiency technologies in the households are already available under credit lines for financing green GEFF- Green Energy Financing Facility. This credit line is part of the European Bank for Reconstruction and Development (EBRD) program. The program envisages financing on the Western Balkans markets, and the total amount of the credit line is 85 million euros. Within this credit line, subsidies in the amount of 15 to 20 percent of costs are envisaged. We also plan to reform the system of financing and implementation of projects in the field of energy efficiency by allocating the Energy Efficiency Fund, which will be filled not only with money from the budget but also from international financial institutions, to, among other things, support citizens to replace their windows and doors because we are aware that they cannot do it alone. Our goal is to raise energy efficiency through savings in households, but also public buildings.

EP: In its report for last year, the Energy Community states that Serbia has made the most progress in energy efficiency. What are the plans for further progress in this field?

Jovanka Atanacković: Serbia continuously since 2013 and since the adoption of the Law on the efficient use of energy transposes and implements legislation in energy efficiency. Energy efficiency regulations are largely in line with European Union directives. As the EU regulations in this area have been significantly changed in the last two years, the Ministry is working on adopting the New Law on Efficient Use of Energy to fully harmonise with the currently valid EU regulations. It will be especially important that the new Law will enable the application of Eco Design requirements, which will prevent the placing on the market of products that are not sufficiently energy efficient. We expect the new rules on energy labeling of products in the coming period because these labels for certain products in the EU have been amended. At the end of 2020, a new Public Call for Improving Energy Efficiency in Local Self-Government Units was announced, which will be financed by the Budget Fund for Improving Energy Efficiency in 2021. It is expected that the funds of around 250 million dinars will be allocated to the Local Self-Government Units through a public invitation. 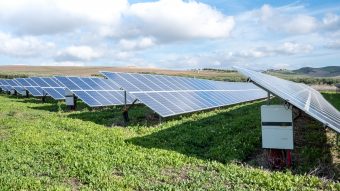 EP: Serbia has great potential for energy supply from renewable energy sources (RES). What has been achieved in this area, and what are the plans?

Jovanka Atanacković: Serbia indeed has significant potential in this area, and more importantly, the technically usable potential of RES is variable and can be increased. It depends on various factors. For example, the potential for electricity production from the sun and wind depends on the power system’s ability to accept that energy. By developing the electricity network, we increase the potential for the use of renewable energy sources. Biomass potential can be increased if fast-growing energy crops are planted in a planned and targeted manner, or if the collection of biodegradable waste, which is also considered a renewable energy source, is encouraged. Perhaps one of the most important results in the previous period is the acquired trust of investors in the legal system of the Republic of Serbia, who invested their money in RES and thus sent a good signal to other potential investors that Serbia is a favorable destination for investment in the energy sector. In relation to the goals until 2020, the most has been achieved in the electricity sector. So far, 265 power plants with a total capacity of 500 MW have been built, and another 300 MW is expected to be built in the coming period. The reason for that is that a regulatory framework has been created in this sector that encourages the construction of power plants that use RES, the so-called model feed-in tariff. This model was introduced following the example of other EU countries in which, as in Serbia, they gave excellent results. There was no obligation in the heat sector in the previous period to use a certain share of RES in heating plants. Experience in EU countries has shown that without introducing binding targets in certain sectors, ambitious targets in this area are not achieved. Hence, the new RES Directive, the so-called RED II (Renewable Energy Directive), envisages introducing a mandatory share of RES in heating plants. The new regulations will create conditions for greater “greening” of the heat and transport sectors.