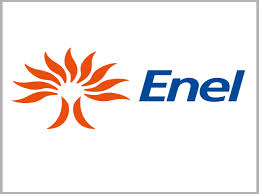 Enel S.p.A., through its subsidiary Enel Green Power North America Inc. (EGPNA), has begun operation of its Cove Fort geothermal-hydropower plant. EGPNA added a fully submersible downhole generator technology to a geothermal injection well at Cove Fort in Utah, U.S. The facility began operation in 2013 with a capacity of 25 MW.

“The operation of this technology, a world’s first, is a major milestone for the geothermal industry and a reinforcement of our commitment to innovation and energy efficiency,” said Francesco Venturini, head of Enel’s Global Renewable Energies. “We are creating innovative solutions that are making renewable energy better, stronger and smarter. As a result, we have once again discovered a more resourceful way to maximize plant operations and power generation with the aim of using this technology at our facilities around the world.”

The initial testing phase, from July to September 2016, revealed that adding the hydro generator increased output by 1,008 MWh, offsetting the energy consumption of the Cove Fort plant by 8.8 percent.

The generator technology captures the energy of the water flowing back into the earth while also better controlling the flow of brine back into the ground, Enel says. The name of the company providing the technology was not disclosed.

The Enel Group owns 27.6 GW of hydropower facilities and a total installed generating capacity of 36 GW.