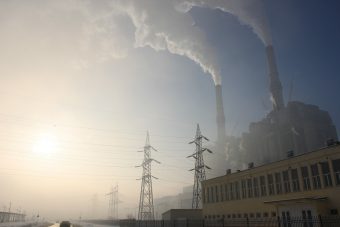 A coalition of 16 leading investors and insurers, including Aviva Investors, Aegon Asset Management and Legal & General, have today urged G20 nations to halt all subsidies for fossil fuels by the end of the decade, warning ongoing government support risks destabilising the financial sector and jeopardising the Paris Agreement climate goals.

The group, which combined represents more than $2.8tr assets under management, issued a joint statement urging the G20 to set out a firm plan to halt fossil fuel subsidies by 2020 at its summit in Hamburg, Germany, in July.

“Subsidies and public finance supporting the production and consumption of fossil fuels are a key concern to the finance sector,” the statement reads. “They increase the risk of stranded fossil fuel assets, decrease the competitiveness of key industries, including low‐carbon businesses, and negate the carbon price signals many of us have been calling for.”

In May 2017 G7 nations committed to phasing out fossil fuel subsidies by 2025, although a G20 summit two months later failed to deliver a wider commitment from all G20 nations, despite appeals from more than 200 non-governmental organisations.

“In line with the commitments already made by G20 governments, we need to see a clear plan to phase out subsides to fossil fuels,” said Meryam Omi, head of sustainability and responsible investment strategy at Legal and General. “The current level of inefficient subsidies and lack of transparency are jeopardising the global goal of meeting the Paris climate targets and of ensuring a secure, healthy and reliable energy system.”

She added investors are looking for clear signals from governments to help them funnel money into the low-carbon transition.

“As investors, we are faced with a tremendous opportunity to finance the low carbon transition and, as such, we look for the governments to set a clear timeline and a plan for phasing out fossil fuel subsidies to enable an orderly transition,” she said.

Howver, there is some controversy over the definition of a subsidy and some countries, including the UK, claim not to subsidise fossil fuel production at all, arguing hefty tax breaks for the industry and other supportive policies do not constitute subsidies.

According to the ODI and the Global Subsidies Initiative, ending fossil fuel subsidies would be lead to reductions in greenhouse gas emissions equivalent to the global aviation sector.

Shelagh Whitley, head of the ODI’s climate and energy research programme, said fossil fuel subsidies are “bad economic policies” and urged ministers to take note of the calls from investors.

“G20 ministers must heed investor voices, and ensure that the leaders of their countries commit to a firm deadline to end fossil fuel subsidies at the G20 Summit in Hamburg later this year,” she said in a statement.

In related news, Austrian pension fund VBV-Pensionskasse announced today it has cut 100,000 tonnes of carbon dioxide per year from its portfolio by switching its core investment – the VBV Passive World Equities Fund – to a low carbon approach at the beginning of the year.

The move cut the carbon intensity of VBV-Pensionskasse’s portfolio by 55 per cent – equivalent to the average annual consumption of around 40,000 diesel cars.

“As market leader, we believe that the carbon footprint of investments and appropriate decarbonisation strategies for capital investments are landmark issues that reach far beyond the pension fund sector,” head of investments Guenther Schiendl said in a statement. “In the interest of our customers and with our responsibility for the location in mind, we have decided to send out a signal and hope there will be a knock-on effect among the companies we share the market with.”