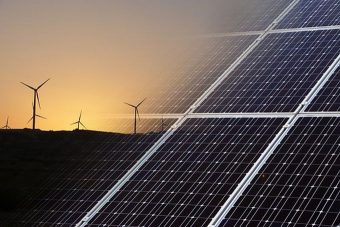 Countries in Africa and South Asia should embrace inexpensive decentralised renewable energy (DRE) technologies for clean, sustainable and affordable power for all, says a report.

Most national governments are far from solving energy poverty, according to the report released last month (4 April) by Power for All — a global network that advocates for renewable energy.

Extending power to all, especially at a rapid pace to reach people in rural areas, cannot be done only through national centralised electricity grids, the report adds.

An additional power generation is, therefore, needed to achieve universal access to all people and must come from DRE or off-grid renewable solutions.

Rebekah Shirley, research director at Power for All, tells SciDev.Net that DRE technologies such as microgrids and efficient cook stoves are key to solving energy poverty and ensuring that rural dwellers — who are also the most vulnerable to climate change — can access modern electricity solutions.

When innovative technologies are implemented in Africa, they will provide energy and aid food preservation activities such as drying, cooling and cooking, Shirley explains, adding that.

DRE technologies could support the social, economic, environmental and sustainable development of communities through improved livelihoods, well-being and quality of life.

But Shirley calls for empowerment of women in energy decisions to boost generating renewable energy, particularly those related to energy access, household consumption and micro-enterprises, where women are primary actors.

The report cites Bangladesh, Ethiopia, India, Kenya, and Tanzania as “leading the world” in adoption of solar energy technology systems including use of solar energy for powering homes.

Ferroukhi adds that African and South Asian governments and private sectors should invest in these technologies and form a DRE task force that will act as a powerful collaboration tool to bridge the goals of a rural electrification agency and the interests of the renewable energy association to accelerate universal energy access.

Charles Sebukeera, UN Environment Programme’s Science Division regional coordinator for Africa, tells SciDev.Net that at the current level of funding (US$9 billion per year), it is not possible to achieve universal access to energy in Africa.

“Investments of up to US$40 billion per year are to achieve this, and building capacity for innovative technologies in Africa is also required for the provision of clean energy to people,” says Sebukeera.