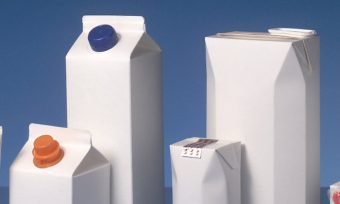 Elopak is pleased to announce it is now a CarbonNeutral® company and is also able to exclusively offer CarbonNeutral® packaging to its customers. With this, Elopak is fulfilling its vision of carbon neutrality, in line with its ambitious environmental strategy; Future Proofed Packaging.

“Since 2012 Elopak has envisioned becoming carbon neutral as a company and offering carbon neutral beverage cartons. Now, we have achieved this milestone, well-ahead of schedule. Elopak wishes to achieve absolute sustainability and be a company with zero net impact on the environment, and our carbon neutrality program brings us several steps closer to this vision”, says Niels Petter Wright, CEO of Elopak.

After having reduced its own greenhouse gas emissions by investing in energy efficiency and phasing in renewable electricity, Elopak is taking the next step by achieving carbon neutrality and supporting projects with verified carbon savings, which also have a positive impact on people’s lives and the environment. Kristian Hall, Director Corporate Environment at Elopak, explains the concept of carbon neutrality: “Achieving carbon neutrality means that Elopak’s residual greenhouse gas emissions are offset by projects outside of our value chain, which have a very positive effect on local livelihoods and the environment. Specifically, Elopak is supporting a Ugandan cooking stove project, as well as a REDD+ rainforest protection project in Borneo, where 65 000 hectares of tropical rainforest are being preserved. By becoming carbon neutral in our products and operations, we are sending a strong signal to our customers and to end users of our packaging, that we are taking our environmental responsibility seriously and are taking positive action where we can”.

The carbon neutral certification is in accordance with The Carbon Neutral Protocol and has been verified by an independent third-party, Anthesis Consulting Group.

This announcement comes only months after Elopak became the first packaging company to join the RE100 campaign, committing to sourcing 100% renewable electricity from 2016 onwards for all its production and administration units worldwide, excluding two joint ventures.