The Western Balkans is a key region for, and partner in, the EBRD’s green work. South-eastern Europe has huge potential for developing green energy, with its rivers providing hydroelectric power, its mountains and plains enabling wind power, its underdeveloped solarenergy, and the inhabitants of its many cities keen for sustainable development. 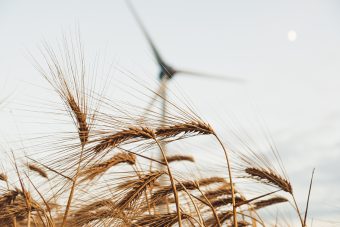 Yet a lot remains to be done: the Western Balkans countries are still heavily dependent on ageing coal-fired thermal power plants and suffer from high levels of air pollution. Carbon intensity in Kosovo, Bosnia and Herzegovina and Serbia is more than six times higher than the European Union (EU) average. Achieving energy efficiency remains a key challenge in a region where energy usage is up to 2.5 times higher than the average for OECD countries in Europe.

So much for the bad news. Because there is also some good news and hard work from the EBRD – and increasingly so.

Since 2006, the EBRD has invested more than €3 billion in the “greening” of the region. Together with providing funding, the Bank is also very active in engaging with national governments to reform legal and policy frameworks to create an environment in which individual projects can succeed and wider impact is possible. For instance, in North Macedonia, an energy efficiency law drafted with EBRD support and approved by the government has recently passed its first reading in parliament; meanwhile on the renewable side, the EBRD support was crucial in launching and awarding the first private solar photovoltaic competitive auction in the country.

Large-scale investments in renewable energy projects are providing alternative power sources to traditional coal, and work is being carried out to modernise the district heating networks across the region.

In Albania, the EBRD financed the modernisation of Korporata Elektroenergjitike Shqiptare (KESH), the largest generator of electricity in the country, supporting the company with a restructuring and reform package.

In North Macedonia, the EBRD financed ESM, the first large-scale solar power plant on the site of an exhausted lignite coal mine, representing a tangible example of how to implement some of the solutions of the EU Just Transition policy for coal mine regions in the Western Balkans.

In Serbia, the Bank backed the construction of the country’s two largest wind farms: the 158MW Cibuk wind farm in Dolovo; and the Kovacica wind farm with a capacity of 104 MW.

Ten cities around the region have joined EBRD Green Cities, the Bank’s successful urban sustainability programme. The €1 billion programme with currently 39 participant cities recognises that 80 per cent of greenhouse gas emissions come from cities and are therefore a key location for addressing climate change.

Concrete action has followed swiftly: in Banja Luka, the Bank provided a loan for the reconstruction of the heat distribution network, helping to improve the energy efficiency of the system by reducing leakages of hot water and cutting heat loss. In Zenica, the Bank teamed up with the EU and the Western Balkans Investment Framework (WBIF) to help the cantonal hospital save energy. The refurbishment will result in energy savings of more than 60 per cent and the reduction of CO2 emissions by up to 80 per cent.

Supporting residential energy efficiency, the Bank has reached more than 3,500 families across the six countries of the Western Balkans through the Bank’s Green Economy Financing Facility (GEFF). The programme provides financing to local banks for on-lending to households to invest in green technologies and solutions such as improving home insulation and installing efficient boilers.

Improving energy efficiency for business and municipalities, in North Macedonia, the Bank financed the refurbishment of a student dormitory, improving living conditions in 168 student rooms. Since 2013, this was one of the 332 successful projects carried out across the region under the GEFF’s sister programme, the Western Balkans Sustainable Energy Financing Facility (WeBSEFF).

Sometimes the different elements of the EBRD programmes are combined as in the Renewable District Energy in the Western Balkans (ReDEWeB) programme which supports solar district heating across the region. The region’s large district heating networks are often run at return temperatures as low as 45°C, making them well suited for solar and geothermal energy rather than coal or fuel oil. The €4 million programme, run under EBRD auspices and funded by the Austrian government, offers technical assistance and small investment grants for insulation of solar systems.