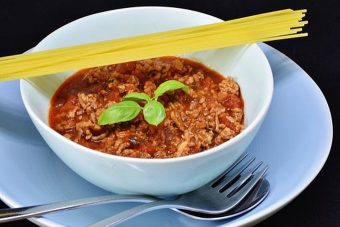 Chefs around the world are being urged to add one sustainable plate of food to their menus in an effort to encourage customers to think more carefully about the planetary impact of their diet.

The new ‘One Planet Plate’ campaign from the Sustainable Restaurant Association (SRA), which officially launches on March 24, has already attracted the support of acclaimed eateries including Ottolenghi, Saltyard Group, and the Modern Pantry.

The campaign comes at a time when interest in sustainable eating is growing rapidly, as chefs experiment with plant-based menus, scientists develop ever more sophisticated forms of meat alternatives, and younger consumers increasingly shun meat and dairy for greener, healthier meals.

Food firms in turn are increasingly tapping into the trend to attract younger diners and buff their ethical credentials.

Under the SRA campaign, chefs’ One Planet Plates must address at least one of the big challenges facing the food system, such as food waste, sustainable sourcing or climate change. For example, dishes could celebrate local produce, make use of surplus produce, be vegetarian or feature less meat, or have a lower carbon footprint than usual.

“We only have one planet and we have to eat more wisely if we’re to sustain our growing population,” said SRA CEO Andrew Stephen. “Diners are increasingly aware of the problems in our food system but too often unaware of what sustainable food looks and tastes like when eating out. A One Planet Plate is effectively the chef’s sustainable special – his or her edible ethical endorsement.”

The SRA plans to build a “dynamic map” of all participating restaurants and make all the recipes available online after the campaign launch, which is set to coincide with WWF’s Earth Hour.