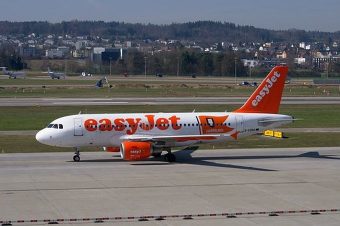 Easyjet has cut the carbon emissions of its flights by almost a third since 2000 thanks to a combination of better technology and improvements in operating efficiency.

Over the last 17 years its emissions per passenger, per kilometre travelled have dropped from 116.2 grams to 79.98 grams, a fall of 31 per cent, the budget airline said earlier this week.

By 2020 Easyjet aims to reduce this figure to 77 grams, which would mean overall emission reductions of a third inside 20 years.

“At easyJet we want to make sure that we take our passengers where they want to go with the lowest carbon emissions,” Easyjet’s head of carbon efficiency Chris Foster said in a statement.

“We are very pleased to have delivered emissions below 80 grams for each passenger kilometre for the first time and look forward to reaching our target of 77 grams by 2020,” he added. “By using modern aircraft and flying them efficiently we will have successfully reduced the carbon impact of our flights by a third in twenty years, delivering a step change in the environmental impact of our flights.”

Over recent years Easyjet has introduced a number of new operational policies to save fuel and cut carbon, such as permitting pilots to only use two of an aeroplane’s four engines while taxiing.

The airline industry last year agreed an international deal to deliver “carbon neutral growth” from 2020 onwards by establishing an offsetting scheme that will sponsor green projects around the world. The Carbon Offsetting and Reduction Scheme for International Aviation (CORSIA) comes into effect in stages from 2021, and is intended to curb emissions from the aviation sector, one of only two global sectors not covered by the Paris Agreement.

Many airlines are also experimenting with lighter planes and new fuels, including electric power and biofuels, to slash future emissions. For example, Easyjet is working on a hybrid plane concept that would use a hydrogen fuel cell battery to reduce the use of jet engines during taxiing.

However, some environmental campaigners argue more steps will need to be taken to curb demand and limit new airport capacity if the industry is to meet its emissions goals.