Easter Island has long been a bucket list destination for travelers from around the world. 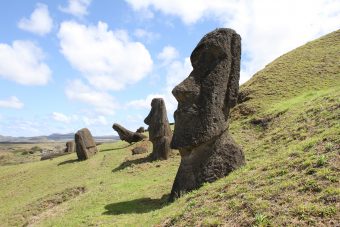 But the very thing that keeps the island’s economy going strong may be the thing that ultimately causes its ruin: mass tourism.

Recently, a spate of bad behavior by travelers on Easter Island, which is famed for its enormous statues known as moai, has spurred new conversations about how visitors to the island should behave.

Specifically, a new trend of photos where people make it look like they’re “picking the noses” of the moai.

Jo Anne Van Tilburg is an archaeologist, director of the Rock Art Archive at the University of California – Los Angeles and the Director of the Easter Island Statue Project.

Although her life’s work has been to protect and study the moai, these days she’s focusing more on educating the hundreds of thousands of people who visit Easter Island on how to behave properly — on a personal level as well as an environmental one.

“Because of the ubiquitous nature of photography in our community, people take the same picture repeatedly. Once one person picks a nose of the moai, you can be sure there will be multiple thousands [of photos], because people are lemmings,” Van Tilburg tells CNN Travel.

Two other examples of these “overdone” photos are people who make it look like they’re holding the Great Pyramid of Giza in the palm of their hand and travelers making it look as if they’re pushing the Leaning Tower of Pisa up to keep it from falling.

“There’s nothing creative or interesting or humorous about it. The herd instinct is real.”

Van Tilburg first visited Easter Island, which is part of Polynesia but a territory of Chile, in 1981 as a doctoral student. The island did not get added to the UNESCO World Heritage list until 1995.

Since then, she has returned regularly and noticed a shift in the kinds of people who choose to visit Rapa Nui National Park.

That’s a huge burden on an island with only about 6,000 full-time residents, not to mention one where water and other natural resources are in limited supply and must be used carefully.

Although visitors in the past were able to roam the national park freely and get close to all the moai, the crush of overtourism has come with restrictions and now travelers must stick to a prescribed path and only view a few of the statues.

And bad behavior is sadly not a new invention. In 2008, a Finnish man who climbed one of the moai and chipped a piece of ear off was arrested, fined $17,000 and ordered to leave the island and never return.

Van Tilburg also feels that there has been a shift between people who were longtime fans of archeology and history who saved up to afford a once-in-a-lifetime trip to Easter Island, to people who are simply “collectors of places.”

In 2018, some controls were put into place to protect Easter Island. Now, foreigners and Chileans who are not Rapa Nui can only get 30-day travel visas instead of the previous 90-day ones.

So, if you still want to visit Easter Island and want to show respect for the people and the land there, what can you do? Van Tilburg has a few suggestions.

“Read and prepare,” she says simply. “Once you show your guide you have a serious interest, they will take you seriously. Make your questions deserving of answers.”

And studying up on Easter Island also means recognizing that it’s a living site, not a museum. 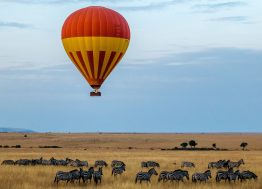 What COVID-19 Means for Ecotourism