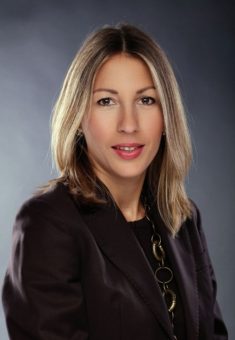 According to all indicators, 2015 was a record year for the EIB investments in climate projects with a total amount exceeding 20 billion euros. In all documents or interactive portals of the European Union institutions, the phrase that climate change is the greatest challenge for humanity is inevitable. Everybody recognizes the concern, the consequences are far-reaching and timeless, the responsibility of the current generation of politicians and decision-makers is exceptional. One can also come across the term that 2015 was the millennium year because a global campaign was launched that must yield results. There is no alternative.

This time we talked to Ms. Dubravka Negre, who has recently become the Head of the EIB Regional Representation for the Western Balkans. This is an institution that participates in the most direct way possible in the fight against climate change and also funds specific projects. The EIB is an investment institution established in 1958 and founded by members of the European Union. As such it closely works with all the institutions of the European Union – the European Parliament, the European Comission and the European Council. The headquarters is located in Luxembourg, the bank has about 2,900 employees and apart from the projects within the EU, it cooperates with nearly 150 countries that are not members of the EU. Those countries receive around 10 percent of the total EIB fund.

EP: An interesting conference was held in Morocco on 8 September, 2016, just two months before the conference COP 22. The EIB was the organizer and if our readers want to know more, they can go to: http://www.eib.org/infocentre/events/all/medconference-2016.htm. Can you tell us something about the participants, the results and the objectives of the conference?

Dubravka Negre: The Conference in Rabat was dedicated to climate issues in the Mediterranean region and was organized in partnership with the Government of Morocco and the Union for the Mediterranean (UfM). Climate action promotes economic growth, prosperity as well as job creation. Therefore, as the largest international funder of climate activities the EIB mobilized there resources, skills and experts to give financial support for concrete projects in Morocco, but also in many other countries. The Conference provided an opportunity to investigate serious consequences of climate change in the Mediterranean region – particulary erosion and drought that have serios impact on production in agriculture, food safety that has to be provided in concentrated urban areas on the coast. Apart from that, we were also able to learn more about adapting to climate change, the mitigation, particularly in the area of financial requirements during the Conference and also to discuss specific methods for financing projects in the field of climate change in the Mediterranean region.

EP: After the Conference COP 21 and the Paris Agreement all the parties in the public sector were involved in projects in order to ensure the reduction of the level of CO2 coming from industrial and public sectors. What is the strategy of the EIB? In what way do you support these efforts and what products does the EIB have dealing with this subject? How does the EIB cooperate with commercial banks and institutions?

Dubravka Negre: The EIB supports the transition to an economy that is friendly to the environment, has a low level of CO2 and takes account of the climate. As the bank of the European Union we understand the need to promote the objectives in the field of environmental protection in developed countries, but also in those that are still developing, with the aim to support sustainable development across the globe. As one of the largest investors in the world when it comes to climate change, we define at least 25 percent of the portfolio on the low carbonic and climatically favourable activities. Our investments support sustainable projects in more than 160 countries, supporting also private financing for climate activities. In that way we encourage others to be involved in our long-term investments. In 2015 we had the biggest investments ever when it comes to investing in climate change. It is about 27 percent of total lending, or to be more precise 20,7 billion euros. 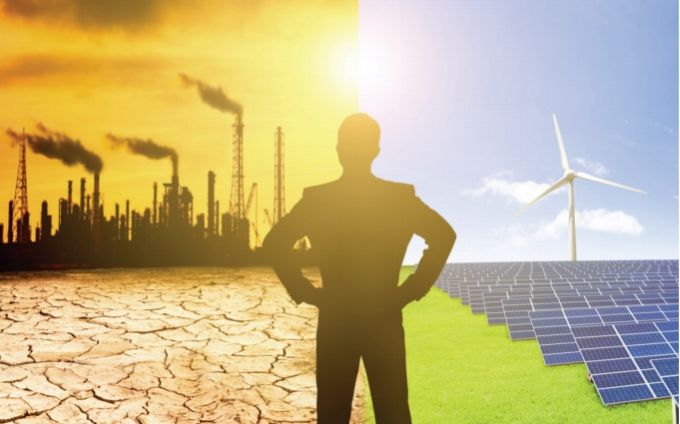 We take into account the climatic conditions when assessing new projects and during the monitoring of existing investments. We call this integration!

In the period of preparation, we observe the following:

– When we evaluate the economic aspects for the project which leads to significant changes in the emission of greenhouse gases (GHG), we incorporate the economic costs of carbon dioxide emissions.

– The estimation of greenhouse gas emission in the projects that we invest in, is made on the basis of specific methodologies for the sector.

– For all fossil fuel generation projects we apply a special Emission Performance Standard in order to do the screening of investments whose carbon dioxide emissions exceed the threshold.

– For projects, sectors and regions particularly vulnerable to the climate change impacts, we require the following – that the promoter considers climate risks and includes adaptation measures in the project design and operation. The potential of the project to generate carbon credits is estimated. Technical assistance can be given to promoters and thus help them take advantage of this potential.

The EIB gladly accepted a global agreement on climate change that took place in Paris. The bank, that already provides the biggest financial support for climate projects, will now play a key role in mobilizing additional resources, mainly in private sector. In the next 5 years the EIB expects to lend about 100 billion euros for the projects dedicated to climate change worldwide.

We cooperate with the others as well in order to help further investments in climate projects and projects on environmental protection. Our traditional products for financing are medium-term and long-term projects with fixed or variable interest rate in euros or other currencies. We finance large projects with direct loans for projects, but we also support smaller projects indirectly. We finance them through credit lines from local banks or in combination with other agents. We complement our traditional lending with other products such as investment funds. 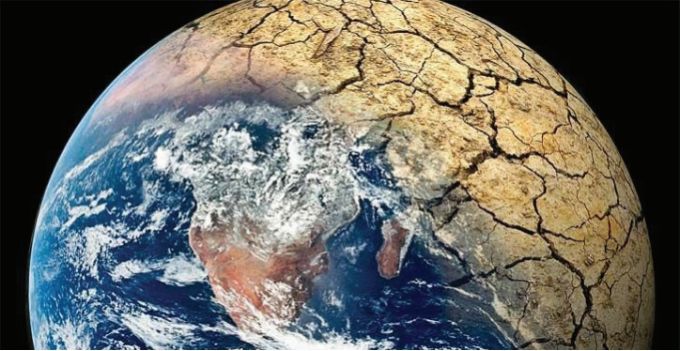 EP: Renewable energy sources are a part of the strategy against climate change. Can you tell us what type of activities you have on the market? Who can apply for your loans and who can attend your conferences?

Dubravka Negre: The promotion of sustainable, competitive and secure sources of energy is the key of the policy of the European Union and for the EIB is an important sector for funding. The EIB applies strict criteria for energy credits established on the basis of a comprehensive review. Thus, we ensure that our lending in the energy sector mimics EU policies when it comes to energy and climate policies. We focus on energy efficiency, renewable energy sources, energy networks, as well as research and innovation. Likewise, we support the development and expansion of the projects in the field of renewable energy sources in order to make energy suppliers more sustainable, competitive and secure.

By investing in renewable energy sources we support the EU policy on climate change. We will help in achieving the goal according to which 20 percent of the energy used should be from renewable energy sources by 2020. Not only that we finance secure renewable technologies, such as wind farms, hydroelectric power plants, projects in the field of geothermal energy and biomass, but we also strongly encourage the development of such projects. We demand that the best possible technology available is used in the projects we fund.

Loans are the main product for the projects in the energy field. We also offer structured finance options. Our clients are states, local governments, private investors, small and medium enterprises, commercial banks and corporations. We fund large projects alone and for the small ones we form a partnership with market intermediaries.

EP: Tell us more about Serbia and the region in terms of climate change and projects? How much have you invested in the area so far? What are your plans for the next year and for the following few years?

Dubravka Negre: So far in Serbia, the EIB has invested about 80 million euros through GGF (Green for Growth Fund), whose goal is to support small projects in the field of RES such as hydropower plants and wind farms of less than 30 MW. We support projects related to solar energy, biogas, biomass, geothermal energy and all this through financial intermediaries.

In addition to GGF, in the energy sector in Serbia, we have invested a total of about 150 million euros in the last few years. In the Western Balkans, we have supported in the past few years the rehabilitation of several hydroelectric power plants in Bosnia, with the loan of 90 million euros. Now we also participate in the construction of a new hydro power plant of 20 MW. We also provide technical assistance through the Western Balkan Investment Framework for the preparation of irrigation projects in the former Yugoslav Republic of Macedonia, but also for two wind farms in Bosnia and Herzegovina.

We are interested to continue to be involved in projects on climate change in Serbia, including the RES. In addition to projects in the field of energy efficiency and renewable energy sources, as well as the fight against elevated levels of carbon dioxide, the EIB aims to contribute to the reconstruction of existing transmission and distribution networks.