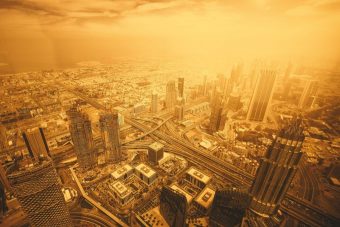 During a news conference held on Sunday, the Dubai Electricity and Water Authority (DEWA) in collaboration with Road and Transport Authority (RTA) announced a series of new incentives to spark the growth of electric mobility around the emirate.

Drivers who decide to replace their traditional fossil fuel powered vehicles with electric ones will be able to charge their vehicles free of charge in DEWA’s Green Charger charging stations until the end of 2019.

DEWA’s tariff for charging an e-vehicle at Green Chargers is 29 fils per kilowatt, meaning that EV drivers will allegedly achieve savings of Dh2,000 ($544) worth of fuel a month.

In addition, they will enjoy free designated for EVs parking in 40 locations across Dubai that are expected to be ready by the end of this year.

From now on, it will be mandatory for developers to include designated parking lots for electric vehicles for all upcoming buildings and it will also be mandatory to provide EV charging stations.

Incentives also include a series of exemptions from tolls and vehicle registration fees.

Electric car users will be exempted from RTA registration and renewal vehicle fees, and will receive a free Salik tag upon registration- the Salik tag is an automatic road toll collection system.

Saeed Al Tayer also mentioned that DEWA had installed 100 charging stations by 2015 and aims to add another 100 by the end of 2018.

He said: “I am sure now that government and private entities, or even individuals will shift to electric vehicles when they know how much they can save”.

Users will be able to download DEWA’s smart app to locate Green Chargers across the city, which will indicate empty and busy charging points in shopping malls and public areas.

As reported by Khaleej Times, people reacted to the announcement by arguing that the price incentive will not be a catalyst, as petrol price is at low levels.

On the contrary, convenience will play an important role, as lack of parking spaces and long queues drivers spend on refueling stations are serious issues for everyday commuters in Dubai.

DEWA is sponsoring the 8th Sustainable Innovation Forum, the largest public to the private forum to take place alongside COP23, on the 13th & 14th November in Bonn. His Excellency Saeed Al Tayer, MD & CEO of DEWA will be delivering a keynote address at the Forum.