Thailand is feeling the impact of climate change – in particular, the agricultural sector has to deal with extreme weather conditions. The disastrous flooding of 2011 was followed by years of drought, which put additional pressure on water resources already compromised by agriculture.

On behalf of the German Federal Ministry for the Environment, Nature Conservation, Building and Nuclear Safety (BMUB), the Deutsche Gesellschaft für Internationale Zusammenarbeit (GIZ) GmbH has been helping the Thai Government since 2013 to conserve available water resources in the long term. Drones are among the measures used to achieve this. Their deployment means that the rivers and reservoirs used by farmers to irrigate fields can be monitored efficiently – even in the more inaccessible regions. For example, aerial photographs identify points where water basins have been compromised by soil and debris being washed downstream.

Data collected by the drones is also used to develop 3D models that enable experts to simulate the effectiveness of planned conservation measures. The experts use such models to rapidly recreate different weather scenarios, climate developments and impacts. The 3D models can also save up to two thirds of costs: thanks to the aerial photographs and models, protective measures can be implemented with great precision and for maximum impact. Until recently, for example, water reservoirs required dredging on a regular basis. Now, however, vulnerable bank sections have been reinforced with grasses, shrubs and trees to prevent soil and debris being washed into the reservoir.

Expertise in the deployment of drones is provided by the German company IAMHYDRO, which collaborated with Walailak University to develop a course offering basic and advanced training for the required number of drone pilots. So far, around 100 participants have been trained in the deployment of drones. Since completing their course, three graduates have set up a company specializing in the analysis and monitoring of water systems. 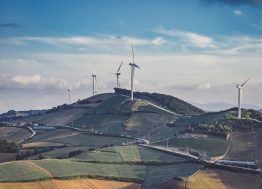 How the Platform On Sustainable Finance Will Help Define...