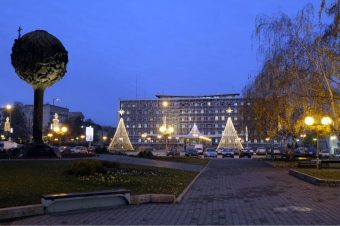 Kragujevac is one of the cities which invests a lot in ecology, as evidenced by the investments in the construction of Recycling centre, as well as the procurement of the equipment for the waste collection and implementation of environmental projects. We talked to Dragan Marinković, the Head of the Department for Environmental Protection of Kragujevac about this year’s plans in the field of ecology and environmental protection.

EP: The city of Kragujevac has envisaged 44,442,000.00 dinars from the Budget for the environmental protection for 2017. In what way do you plan to use these funds?

Dragan Marinković: The Budget Fund of Kragujevac city has existed since 2010, and natural persons pay environmental tax. Since this year, the changes have been introduced so the environmental tax will also be paid by legal entities and thus we expect more funds than last year. The money for monitoring of air, surface waters, soil, pollen, noise, greening and cleaning up illegal dumps is allocated from the Budget Fund. Public Utility Companies such as PUC ‘Zelenilo’ and PUC ‘Čistoća’ are also subsidized from these funds.

EP: Do you plan to allocate these funds for setting up containers for the separation of waste?

Dragan Marinković: Kragujevac has wire containers for the disposal of PET packaging, but still there are no funds for the purchase of special containers for paper, glass, metal, plastic, etc. The citizens are interested in recycling a lot, we have a good response and the need for larger number of these containers. As for the separate collection of waste, there is a problem with waste collectors who steal goods because it has a market value.

EP: The construction of the Recycling centre in Kragujevac began last year. When is it expected to be put into operation?

Dragan Marinković: The Ministry of Agriculture and Environmental Protection has provided 45 million dinars for the development of project documentation and the construction of the Recycling centre, and this year the investment of 30 million dinars has been envisaged by the Budget Fund of Kragujevac. The facility was built, but for its equipping it is necessary to construct the access roads, and after that the facility will be put into operation. We expect that in spring this year. 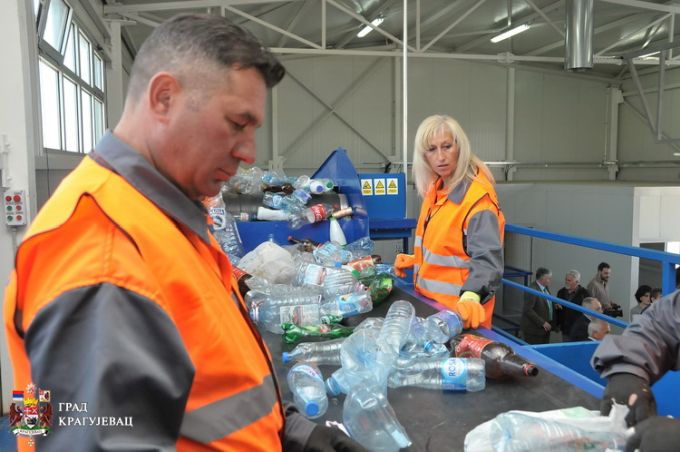 EP: Do you plan some other projects in the field of environmental protection and waste management during this year?

Dragan Marinković: Last year we allocated 2.6 million dinars for projects of associations that are implemented in the field of environmental protection, and in the forthcoming period we expect a new announcement of the competition. Also, at the end of last year we purchased new containers through the European Bank for Reconstruction and Development, and in March this year new garbage trucks arrived which the city didn’t have. Anyway, Kragujevac is one of the few cities in Serbia which has a plant for wastewater treatment. The plant is located in Jovanovac and in the following period it is necessary to perform its optimization. In addition to that, the city supports environmental projects, such as “School Biological Centre” whose implementation should start in March 2017.

This interview was originally published in our bulletin “Energy Efficiency” in April 2017.