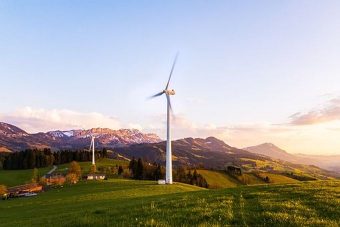 Danish wind energy giant DONG Energy has announced that it has signed a contract with wind turbine manufacturer Siemens Gamesa for the supply of 752 megawatts worth of wind turbines for the Borssele 1 and 2 offshore wind farm set to be developed in the Netherlands.

DONG Energy was awarded the right to build the Borssele 1 and 2 offshore wind farm back in July of 2016, which would have a capacity of 700 megawatt (MW). Located 22 kilometres off the coast of the Dutch province of Zeeland in water depths between 14 to 38 metres. At the time, the strike price for the project was an impressive €72.70 per MWh, however, as we’ve seen of late, prices have only continued to fall.

Announced on Thursday, DONG Energy revealed that they had signed a contract with newly-merged wind turbine company Siemens Gamesa for the supply of 94 of its 8 MW wind turbines, the nacelles of which will be assembled in Siemens Gamesa’s new factory in Cuxhaven, Germany. Meanwhile, the blades for the turbines will be produced in Hull, England. Both Borssele 1 and 2 are expected to be completed and fully operational by the end of 2020.

“With the signing of the wind turbine contract, we pass a key milestone in this project, which will be a landmark in the Netherlands’ shift to renewable energy,” said Jasper Vis, Country Manager for DONG Energy Netherlands. “This is an important step on our way to reducing the cost of renewable electricity in the Netherlands.”

“We are pleased that DONG Energy has selected Siemens Gamesa for the Borssele1 and 2 offshore wind power plants in the Dutch part of the North Sea,” added Michael Hannibal, CEO Offshore at Siemens Gamesa. “The advanced model of our proven direct drive offshore wind turbine platform and our advanced services will leverage the energy output of this lighthouse project and help to move offshore wind into the energy mainstream in Europe.”