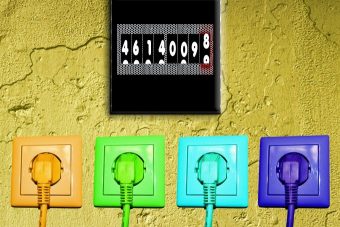 TVs, dishwashers and fridge freezers have been found to guzzle up to twice as much energy as advertised on their energy labels, in a wide-ranging EU product survey.

When tested under real-world conditions, the €400,000, 18-month investigation found widespread overshooting of the goods’ colour-coded A-G energy classes, due to the outmoded and selective test formats on which these have been based.

Switching on modern TV features such as “ultra-high definition” and “high-dynamic range” in real-world test cycles boosted energy use in four out of seven televisions surveyed – one by more than 100 per cent.

In an echo of past “defeat device” scandals, another TV set increased its energy consumption by 47 per cent when tested in a cycle based on real-world viewing, instead of the European standard measurement.

“This model stands out as potentially detecting and adjusting its behaviour to reduce average power consumption when measured with the EN 62087:2016 test video clip,” the report says.

The video clip is a standard test sequence introduced a decade ago by the International Electrotechnical Commission (IEC) to measure home viewing patterns.

Regulators in the UK and Sweden have already complained to the European commission about TV sets that seem to cut their energy use when they recognise the IEC clip being played.

Chris Spiliotopoulos, an expert at the European Environmental Citizens Organisation for Standardisation, which co-authored the report, said: “Policy-makers should now step up and provide the right direction for standardisation bodies to better represent real-life conditions.

“To get the best deal for our citizens and planet, we can no longer rely on outdated and unrepresentative test methods that may provide an unfair playing field.”

Ecodesign innovations are expected to cut around nine per cent of the EU’s emissions by 2020 and 15 per cent by 2030, while saving consumers nearly €500 per year in energy bills. But much will depend on how streamlined products become in real life.

No brands are named in the new report, which focuses on test practices, but a similar study in the US last year found that the energy use of Samsung and LG TV sets spiked by as much as 45 per cent outside lab conditions.

Some products were more energy efficient than their labels indicated, but three of seven TVs tested increased their energy uptake by a third when their firmware updated. This often happens automatically when a new TV is installed at home. Five sets shut off their energy-saving features without warning.

Half of the fridge freezers covered in the latest research increased their energy use by up to 32 per cent during everyday routines, such as opening the fridge door, or putting food inside. One model continued operating in power-hungry mode for 24 hours.

Dishwashers surveyed in the report also consumed up to 73 per cent more energy than advertised, when not used in the eco mode that is standard in official test cycles. A recent study by the University of Bonn found that four fifths of real-life washes were done in other settings.

Changing the dishwasher setting to “holiday” mode had no effect on power-saving and even raised energy usage in one case, the new survey found.

“The more artificial the test, the easier it is to detect,” said Stéphane Arditi, a policy manager at the European Environment Bureau (EEB), which co-authored the report.

“The test standard has balanced the situation towards being comparable, reproducible and affordable – but at the expense of accurately reflecting real-life use. It is time to rebalance that towards a more representative standard.”

The Collaborative Labelling and Appliance Standard Program (Clasp), and Topten.eu also contributed to the survey.