People all over the world continuously cross swords over genetically modified (hereinafter referred to as GM) food as one of the vital topics. While some advocate that it is the food of the future which could solve the problem of hunger in the world, others define it as bioterrorism of the new world order. Either way, it is becoming more and more accessible and more affordable due to its price. Although the production and supply of genetically modified organisms (hereinafter: GMOs) are prohibited by the Law in Serbia, this is no guarantee that you may not buy a product that has some form or some percentage of GM ingredient. What precisely GM food is, in which foodstuff GMOs are most represented, how to be sure about the things we are buying and eating, how much the law and the science protect us from the harmful effects of GM foods, we asked professor Vladimir Dimitrijevic PhD, the Head of the Department of Animal Husbandry at the Faculty of Veterinary Medicine in Belgrade, and professor Miladin Sevarlic PhD, the Member of the Parliament and the Professor Emeritus at the Faculty of Agriculture in Belgrade.

EP: What exactly is GM food, and where is it more prevalent in the food of animal or plant origin? 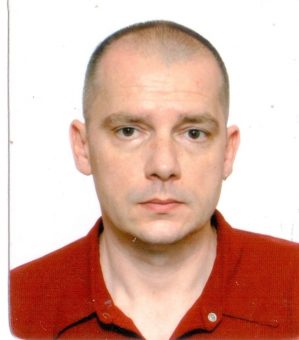 Vladimir Dimitrijevic: GM food is a food of animal or plant origin derived from organisms (animal or plant) into whose hereditary basis (DNA) is inserted a part of the hereditary basis originating from another organism (another species) with a special procedure (Recombinant DNA technology). In this way, we made this organism modified (hence M in GMOs) at the DNA level. The idea behind the modification is to make certain genes in the body “switch on” or “off”, depending on the desire with which the modification is done. There are incomparably more organisms modified in this way in the food of plant origin.

It is very important to point out the difference between the two subgroups of GMO-based agricultural and food products: GM food – which originates from GMO that are used as fresh agricultural products: GM tomatoes, GM apples, GM bananas… and GMO food – food products obtained by processing GMO (GM apple or GM banana chips, GM tomato ketchup, GM salmon fillets, GM pig steaks…) or the food with GMO additives (the food with GM corn syrup toppings…). Explosion of genetic modifications in agriculture – firstly in plant (from tomatoes, through soybeans, corn, cotton, oilseed rape… to apples and banana) and then in animal production (salmon, pigs…) as expected, due to the insatiable profitability of private corporations, with the production of GM medicine for the sick people who make a last-ditch effort, has extended to people; thus we already have the first GM babies in China (2018).

EP: Is there any food industrial product today, domestic or imported, or raw vegetables, fruit, meat and fish for which we can say with certainty that it does not contain any percentage of a genetically modified organism? Or is everything contaminated to a greater or lesser extent?

Vladimir Dimitrijevic: First of all, the term “contamination” has a negative connotation among people, which is not justified in the case of GMOs. Of course, there are food products that do not contain GMOs. Depending on the country, the percentage of genetically modified crops varies from 0 to over 90 per cent (corn, soybeans, pumpkins, cotton, etc). In the US, for example, it is estimated that the share of products (food) in supermarkets, which in some extent containsgenetic modification, is about 65 per cent. On the other hand, there is a relatively small number of countries, including Serbia, which have zero tolerance for the production and supply of GMOs. Generally, in countries in which GM food is widely available, the largest number of GMO products are related to foods of plant origin (drinks, snacks, food supplements, etc). The proportion of genetically modified food of animal origin is very little. Except for some species of fish (salmon), the market shelves do not contain food originating from animals that have been genetically modified. Animals that ate genetically modified food cannot become genetically modified, and that is a common misconception among people. 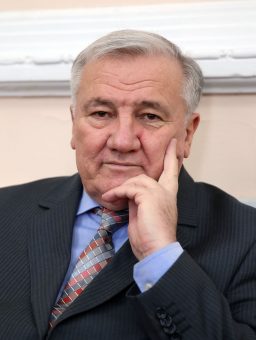 Miladin Sevarlic: Of course, there is! Fortunately, that is still vastly dominant majority of food produced in the world: from food obtained in certified organic or non-certified biodynamic agriculture, through food which is safer from integrally controlled agricultural production to less safe food from today’s dominant conventional production which uses pesticides in plant and growth hormones in livestock production, as well as additives, artificial flavours and colours in food production.

EP: What have previous researches shown, to what extent is GM food harmful to human health? What are the most common consequences of its long-term consumption?

Vladimir Dimitrijevic: All previous scientific studies that dealt with this issue suggest that the consumption of genetically modified food does not represent greater risk from the consumption of food that is not. Therefore, the consequences of a long-term diet with food that contains GMO in some form do not differ from the long-term intake of food which is GMO-free. Please note that, when discussing this issue which causes sharp divisions in public, only scientific researches published in rigorous peer-reviewed scientific journals, and not pseudoscientific and unscientific publications, should be considered.

Miladin Sevarlic: Starting from the research of Arpad Pusztai PhD (England, 1996), through, so far longest, two-year  research conducted by professor Gilles-Éric Séralini PhD, (France, 2012), up to the studies of numerous Russian scientists, all the results indicate the harmful consequences of feeding experimental rats with GMOs produced with the use of pesticides based on carcinogenic glyphosate. In that respect, the most significant results are the researches of professor Séralini which show changes in the internal organs of rats in the next generation, from the increased participation of cancer in the second generation to the utter infertility of rats (even at such an extensive species in terms of population) fed by GM corn. If we apply the results to the people, it would mean that the true scale of the harmful effects of using GMOs in livestock and people’s nutrition will manifest in 90 to 120 years! The impact of GMOs on the nutrition of  all types of cattle should be investigated, and those results would be very significant due to the shorter cycle of exploitation of certain types of livestock. Thus, we would have reliable data on the consequences of GMO in human nutrition in only one-fifth of people’s lifespan since people are on the top of the food chain because we use both plant and animal products. What happens to plants and animals will someday strike people too! Let me remind you of the “mad cow disease” and the consequences on the people who ate the meat of diseased cattle. Why haven’t the researches on the GMOs impact on livestock been done? It is obvious who finds that rather convenient.

EP: In Serbia the distribution and production of GMO are officially banned according to the Law on Genetically Modified Organisms from 2009. However, various data indicate that there are thousands of hectares under GM soybeans in Serbia and that despite the law and border checks, we import products that exceed 0.9 per cent of GMO admixture, which is considered in Europe as an inevitable level of technological contamination. How is this Law applied and how can we be sure that we are truly protected as citizens?

Vladimir Dimitrijevic: That would, however, be a question for someone else. Legislation, enforcement and control are the responsibility of the institutions of this country, primarilythe Expert Council for Biosafety, authorised laboratories, phytosanitary and veterinary inspection.

Miladin Sevarlic: The Law on GMOs from 2009 is relatively good protection for Serbia against the import and the placement of GMOs. The only thing that needs to be improved is the adoption of a by-law which stipulates that the provision on the permitted presence of 0.9 per cent of admixtures of GMOs in commercial products applies only to GMOs that are authorised for use in the European Union. The provision on the allowed presence of 0.1 per cent of GMOs admixture in seeds should be repealed by amending the Law and introducing zero tolerance for seed imports – as 0.1 per cent of GMO admixture can contaminate parcels planted with genetically unmodified seed during the blooming time. However, like any other law, the Law on GMO is disrespected in practice because of the illegal import of GMO seeds, especially soybeans) and due to sampling only 4 to 7 per cent of consignments from imported goods. Phytosanitary inspection during soybean vegetation controls a small number of parcels and determines the presence of GM soybeans on about twenty hectares, which is only the “tip of the iceberg”. If the data from these checks have been applied to the total area under soybean cultivation (over 150,000 ha), it would mean that 5,000 hectares of GM soybean are sown annually, which, with a yield of 3 t/ha gives an amount of 15,000 t or 750 tons of GM soybeans. This amount of soybeans ends up in the food chain of livestock on private farms of GM soybean producers or in smaller mixers for concentrated animal feed. The problem is the insufficient control, in particular, the absence of final information on the penalties imposed on offenders of the Law on GMO. That is the reason why I advise buyers of soybeans to buy the soybeans from the warehouses which have a control system for the presence of GM soybeans at the site or from the neighbours for which they know for sure that they do not grow GM soybeans. 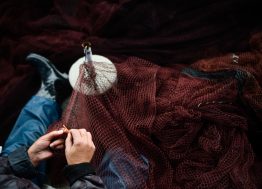