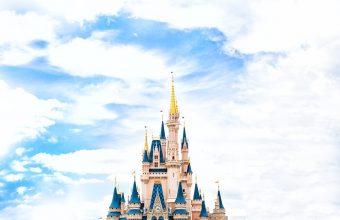 Walt Disney World Resort has announced that it is partnering with solar project developer Origis Energy USA to develop a new 50 megawatt (MW) that will power two of its four theme parks in Central Florida.

The announcement was made last week by Disney’s Vice President, Animals, Science and Environment, Disney Parks, Dr. Mark Penning, in a blog post on the Disney Parks Blog. Penning described the move as “the next milestone in Disney’s continued commitment to environmental stewardship.” In addition to The Walt Disney Company’s target of reducing net greenhouse gas emissions by 50% by 2020, the new solar project will join Disney’s infamous Mickey ears-shaped 5 MW solar project which was unveiled in April of 2016 and intended.

The new solar project will see the Walt Disney World Resort company partner with the Reedy Creek Improvement District — the larger district which contains the land for the four Walt Disney World Resort theme parks — and solar project developer Origis Energy USA. It will be built on 270 acres located near to Disney’s Animal Kingdom and include half a million solar panels. Disney expects that the new project will reduce greenhouse gas emissions by more than 57,000 tonnes per year — the equivalent of removing 9,300 cars from the roads.

Construction for the new 50 MW project is expected to begin in the next few months, and Origis Energy has already delivered the first solar panels (seen below), with completion expected by the end of the year. Combined with the 5 MW Mickey-ears solar project near Epcot, Disney expects the two projects will generate enough renewable electricity to supply up to 25% of the power needs at World Disney World Resort.

Another important aspect of the project for Disney was that the projects meet the overall standards of the Parks. Specifically, Disney’s Animals, Science and Environment and Horticulture teams will be working together in the development of this new 50 MW solar farm to explore ways to make it pollinator friendly, “with rich wildflowers and vegetation, creating a safe and welcoming habitat for butterflies, bees and other insects, including endangered and at-risk species.” According to Dr Penning, “This important work aligns perfectly with the Disney Conservation Fund’s “Reverse the Decline” initiative, which aims to reverse the decline of 10 threatened species, including butterflies.”