Pollution from diesel vehicles is stunting the growth of children’s lungs, leaving them damaged for life, a major study has found.

The research, conducted with more than 2,000 school children in London, is the first such study in a city where diesel pollution is a significant factor, and has implications for cities around the world. It also showed that charges to deter polluting trucks from entering the city did reduce air pollution a little but did not reduce the harm to children’s lungs. 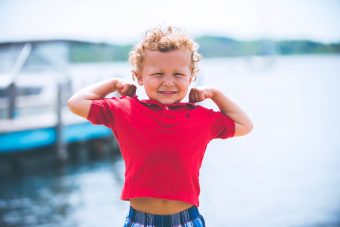 Most urban areas in the UK have illegal levels of nitrogen dioxide (NO2) pollution, and the government has suffered three legal defeats over the inadequacy of its plans. The latest government action plan, which environmental lawyers called “pitiful”, revealed air pollution was even worse than previously feared.

“We are raising a generation of children with stunted lung capacity,” said Prof Chris Griffiths, at Queen Mary University of London, who led the research team. “This reflects a car industry that has deceived the consumer and central government, which continues to fail to act decisively to ensure towns and cities cut traffic. The public very much wants better air quality, and they are right.”

The study, published in the Lancet Public Health, found the capacity of children’s lungs was reduced by about 5% when NO2 pollution was above legal levels. Lung capacity peaks at age 18, then declines, Griffiths said. “If your lungs are already smaller than they should be as you enter adulthood, then as they decline with age you’ll be at higher risk of an early death,” as well as at a higher risk of lung diseases, he said.

The researchers said doctors should consider advising parents of children with lung problems to avoid living in high-pollution areas if possible, or to limit their exposure.

“This new study reveals the terrible legacy of successive governments’ failure to act over illegal levels of air pollution,” said Andrea Lee, at environmental lawyers ClientEarth. A new, stricter ultra low emission zone (ULEZ), which will extend the low emission zone (LEZ) charge that applies to polluting trucks to cars, will begin London in April 2019, but Lee said: “Action is also needed at a national level.”

“We need ministers to implement emergency measures to tackle pollution around schools and nurseries and fund the move to cleaner forms of transport, not wash their hands of the problem and leave it for local government to sort out,” she said.

Samantha Walker, at Asthma UK, said: “It is disappointing that theLEZ in London has not helped to improve children’s lung capacity and shows that a piecemeal approach to reducing air pollution does not work.”

The new research tested the lung capacity of eight- to nine-year-old children from 28 primary schools across east London between 2009 and 2014. It began just after LEZ charges began and continued after the rules were tightened in 2012. Air pollution was reduced by an average of 1-2μg/m3 at the roadside, but at the end of the study the annual average was still about 70μg/m3, far above the 40μg/m3 legal limit.

Referring to the stunting of lung growth and asthma symptoms, Griffiths said: “It is disappointing that we didn’t see an impact.” But he said it was critical public health policies were evaluated to test their effectiveness, and that the work has informed the design of the stricter ULEZ.

The results of the study would apply to many cities, Griffiths said: “Air quality in London is bad, but it is similarly bad in other UK cities and cities across Europe, and of course in India and China it is notoriously bad.”

The Guardian revealed in 2017 that hundreds of thousands of children were being exposed to illegal levels of air pollution from diesel vehicles at schools and nurseries across England and Wales, with the poorest neighbourhoods most severely affected.

The new research has “many notable strengths”, including detailed air pollution measurements and high quality data on the children’s respiratory health, according to a commentary in the Lancet Public Health by Hanna Boogaard and Annemoon van Erp, at the Health Effects Institute in Boston, US.

But they noted it was not possible to include control groups in the study and that the NO2 reductions were quite small, making it harder to link air pollution to stunted lungs. Nonetheless, a statistically significant link was shown. Evidence from California suggests it is a causal link, because children’s lung damage there reduced as air quality improved between 1994 and 2011.