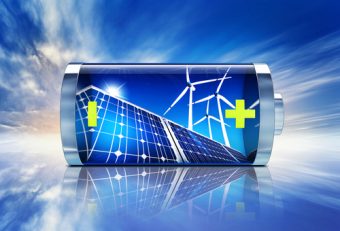 By creating high performance parts built with solid ion conductors – solids in which ions can be mobile and store energy – the IONICS program will focus on new ways to process and integrate these parts into devices with the goal of accelerating their commercial deployment. In particular, IONICS projects will work to improve energy storage and conversion technologies in three categories: transportation batteries, grid-level storage, and fuel cells.

“While battery technologies have improved by leaps and bounds over the past few years, there remain some imposing physical and chemical barriers that have stifled further innovation,” said ARPA-E Director Dr. Ellen D. Williams. “Solid ion conductors made of affordable, easily produced materials could replace today’s mostly liquid electrolytes and expensive fuel cell parts, helping create a next generation of batteries and fuel cells that are low-cost, durable, and more efficient.”

Batteries and fuel cells are referred to as electrochemical devices due to their method of converting chemical energy into electricity and electricity into chemical energy. These products make it possible to store electricity from intermittent, carbon-free resources like wind and solar power, as well as generate electricity from the energy stored in fuels like natural gas or hydrogen. IONICS project teams are seeking to improve these energy storage options through the use of solid ion conductors, which have shown potential as a robust and high-performance alternative to traditional liquid electrolytes or expensive materials used in current fuel cell stacks. However, until now, solid ion conductors have been limited by drawbacks such as low ionic conductivity and expensive processing.

IONICS projects will use new materials and processes to achieve advancements such as increasing battery energy capacity while preventing short circuits and battery degradation. By creating a pathway to replace expensive elements like platinum for more common metals to serve as catalysts, teams also hope to greatly reduce the cost of the fuel cell parts needed to generate electricity from chemical sources.

The IONICS program and the projects funded today will look to improve U.S. energy security by enabling the production of more domestic, renewable energy while increasing economic competitiveness and reducing the country’s carbon footprint.