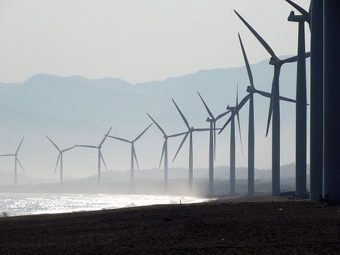 The International Energy Agency this week has highlighted the work being done by Denmark in decarbonizing its economy and the country’s progress on meeting its ambitious goals of becoming a low-carbon economy by the middle of this century.

Denmark is aiming to secure 50% renewable energy by 2030 — up from its already impressive level of 45% — and by 2050 the country is hoping to be a low-carbon economy independent of fossil fuels. According to the International Energy Agency’s (IEA) in-depth review of the country’s policies, Denmark is “moving convincingly” towards meeting these targets, which would solidify the country as being a world leader on decarbonization. “Effective policies and measures have been put in place to support energy efficiency improvements and switching from fossil fuels to renewable energy,” the IEA writes. “Denmark is to be commended, in particular, for organising successful offshore wind tenders that have resulted in record-low prices.”

The IEA believes that the existing policies in place will allow Denmark to easily meet all of its interim/2020 targets, with the possible exception of its 10% renewable target for the transport sector. However, while Denmark is “moving convincingly” towards its longer-term targets for 2030 and 2050, the IEA nevertheless deems that to meet these targets “would require new policies because most of the existing support schemes expire around 2020.”

One of the key points from the review is the increasing levels of wind and solar power and the difficulties and opportunities for the Danish electricity and heating sectors, as well as for end-use sectors such as transport, building, and industry. Denmark is already a world leader in integrating variable renewable energy (VRE) sources and has the highest share of wind power in electricity generation without sacrificing electricity supply stability at both the transmission and distribution level.

“It is highly encouraging to see that wind power is becoming market competitive,” said Paul Simons, the IEA Deputy Executive Director, who presented the report in Denmark. “Tapping into the large offshore wind resource will help Denmark decarbonise even further.”

“Denmark is now widely recognised as a global leader in integrating variable renewable energy while at the same time maintaining a highly reliable and secure electricity system, thanks to a flexible domestic power system and a high level of cross-border connections.”

But work needs to be done in some of Denmark’s other sectors, such as transport and heating. While progress is being made, such as switching the country’s district heating from coal to biomass, and favoring renewable energy over oil and natural gas in individual heating, these trends must continue if the country is to meet its targets. The focus will be on electrification and sector coupling — the linkage of an electricity sector with heating, transport, and other sectors — which must be expanded to help “reduce or eliminate the use of fossil fuels in district heating, transport and other sectors.”

Denmark is leading the way and proving that economic growth need not be sacrificed in favor of stringent and effective energy measures. But, as with almost every review of policies these days, the IEA concludes by saying that more must be done and government ambition must secure the transition.