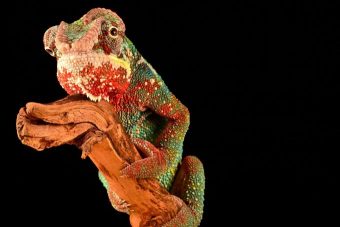 A host of new technologies have been inspired by the natural world, as designers increasingly look to biomimicry when to creating new ideas for wind turbines, solar cells and hydropower. So could nature hold the answer to unlocking renewable energy?

Nature has been inspiring scientists for millennia and the latest buzz of creativity is around the search for renewable and sustainable sources of energy.

Biomimicry, the imitation of natural structures or processes, has already led to a number of technological advancements, from aerodynamic vehicle and building design to sophisticated surface membranes. It’s a field which continues to grow and has much to offer the energy sector. For instance, solar technology owes a debt to leaf and plant systems, and researchers are still learning lessons from whales and hummingbirds on how drag affects wind turbine blades.

So what new technologies are coming out of biomimicry?

Humpback whales move through water with a grace that belies their size, angling their fins precisely to minimise drag and increase control. While at first glance the movements of a whale and a wind turbine seem unrelated, these giant mammals have inspired a breakthrough in renewable technology.

This species of whale has flippers with scalloped edges, called tubercles, which are responsible for reducing turbulence. Scientists at West Chester University mimicked these tubercles on a number of fans and turbines, to demonstrate that a turbine with scalloped blades can produce the same about of energy at 10mph as a smooth one at 17mph. 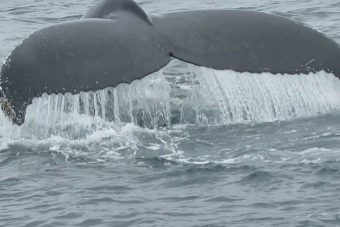 These tubercles delay stalling as they increase a wind turbine’s angle of attack by around 40%, lowering drag. Research continues with the hope that, one day, wind turbines with scalloped blades could operate effectively in areas previously ruled out due to low wind speeds.

Leaves are nature’s power plants and have already inspired solutions for projects seeking the most effective models to capture and use energy from the sun. The most recent comes from Australia’s RMIT University, where a team used fern leaf structures to develop a new type of electrode, which it claims could boost the capacity of existing storage technologies by as much as 3,000%.

– The leaves of the western swordfern are densely crammed with veins, making them extremely efficient for storing energy and transporting water around the plant – said Professor Min Gu, leader of the Laboratory of Artificial Intelligence Nanophotonics and associate deputy vice-chancellor for research innovation and entrepreneurship at RMIT.

“Our electrode is based on these fractal shapes – which are self-replicating, like the mini structures within snowflakes – and we’ve used this naturally efficient design to improve solar energy storage at a nano level,” Gu adds.

This research is still in a relatively early stage, but the RMIT team is aiming to expand the technology to create a flexible, thin, all-in-one solar capture and storage solution. If successful, these graphite electrodes could conceivably be used with supercapacitors to capture and store energy in everything from cars to phones.

Windfarms are becoming a common sight worldwide and their distinctive turbine blades gradually seen as part of the landscape. But one company has re-designed their entire shape in order to mimic the hummingbird, which uses energy so efficiently it can flap its wings between 50 and 200 times a second.

TYER Wind used biophysics to analyse and simulate the motion of a hummingbird, then applied Aouinian 3D kinematics which allowed the conversion of linear motion into rotational. Building on this insight, the Tunisian start-up was able to create a vertical axis wind converter, therefore a wind turbine that, instead of spinning, flaps its blades in the wind.

Both the upward and downward motions of the turbines create movement which is convertible into energy, maximising their efficiency whilst limiting the drag. This, in turn, has the advantages of ensuring the turbines can perform in high wind speeds and be more closely grouped than traditional turbines. It is even possible to install multiple sets of blades on a single pole. 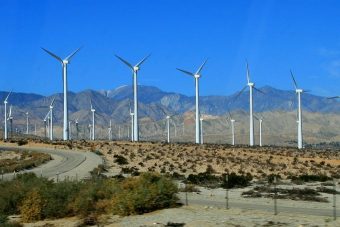 These turbines require a smaller sweep area without a reduction in efficiency, the company claims. And while it’s unlikely they will ever compete with the scale of vast, offshore windfarms, it’s entirely possible that biomimicry-enhanced blades could transform small, off-grid wind power stations.

Off the coast of Port Fairy in Australia, BPS’s bioWAVE project is mimicking seaweed and other underwater plants to create grid-quality energy from the motion of the waves.

The bioWAVE unit is submerged and fixed to the seafloor, and as the swell of the ocean moves around it the resultant force activates air-filled cylinders which pivot on an axis. These then push fluid through the O-Drive, BPS’s own power-conversion module, generating energy. The O-Drive is specifically designed to deal with the irregularity of hydropower. The energy is then fed through subsea cables to power homes and businesses in nearby towns.

BioWAVE is much lighter than conventional wave energy designs and as it is modular it is also cheaper and easier to install. Plus, it converts power on-board, unlike many alternatives.

In order to protect itself during periods of rough seas and storms bioWAVE also has a ’lay-down’ mode, where the large, air-filled cylinders lie flat against the seafloor to steady the unit .

Currently, the project is a prototype which BPS is hoping to roll-out around Australia and later worldwide.

It is not only technology that’s evolving; its implementation is also developing through biological mimicry. The California Institute of Technologies Center for Bioinspired Engineering (Caltech) has been researching whether fish schooling formations can be applied to the arrangement of wind turbines to maximise the potential energy harvested from the smallest area.

As a fish swims it sheds vortices – areas where the water rotates around an axis line. It is thought that when fish swim in schools, they can use these vortices to their advantage, allowing them to expel less energy when moving in a group.

This concept is being applied to vertical axis wind turbines to see if it is possible for the vortices created by the turbines to aid those around them, rather than causing drag. Caltech scientists believe that creating constructive aerodynamic interference by reorganisation of turbines could increase their energy efficiency.