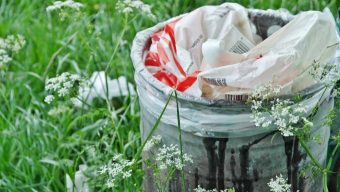 Some of the UK’s largest coffee shops have joined forces to battle Britain’s cup waste mountain, announcing plans to develop a nationwide recycling system they hope will curb the numbers of takeaway cups ending up in landfill.

Fourteen organisations, including Caffe Nero, Costa Coffee, Greggs, McDonald’s UK, Pret A Manger, and Starbucks, will help fund a new programme to add more than 400 more paper cup recycling facilities across the UK and drive efforts to get paper cups more widely accepted through kerbside collections, in an attempt to create the first comprehensive recycling network for takeaway cups.

The scheme will be run by the Alliance for Beverage Cartons and the Environment (ACE UK). The group hopes to boost cup recycling to similar levels as beverage cartons, which are collected by 92 per cent of local authorities either through kerbside collection or recycling banks.

Around seven million paper cups are thrown away every day in Britain, totting up to a waste mountain of around 2.5 billion cups each year. While they are technically recyclable, the combination of cardboard and thin film plastic means the must be sent to specialist facilities. With no nationwide recycling system in place to handle this kind of collection, the vast majority of cups in practice end up in landfill.

“The paper cup industry is facing very similar recycling challenges to the ones the beverage carton industry faced when we started our programme 10 years ago,” ACE UK chief executive Richard Hands said in a statement.

“Whilst our primary focus will remain on increasing beverage carton recycling, we believe our expertise, experience and existing relationships can help the paper cup industry create a step change in cup recycling. Whilst it is early days, we have a clear measured plan agreed and expect to see significant progress in cup recycling over the next two years and beyond.”

From January all ACE UK’s 382 collection locations across the UK will have specialist cup collection points, with an extra 33 points planned for phase two of the scheme. Cups from these sites will be taken to ACE UK’s recycling facility in Halifax.

Participants are also hoping a knock-on effect of the ACE UK programme will be to grow the market for coffee cup recycling to make it viable for streetside collection points to be installed in city centres.

The move follows a flurry of individual efforts by coffee shop chains to cut the numbers of takeaway cups heading for the trash. For example, Costa has already begun offering coffee cup recycling at its UK stores, while Selfridges is collecting leftover coffee cups from its in-house restaurants to turn back into its iconic yellow shopping bags. Meanwhile, environmental charity Hubbub has been running a successful campaign to collect used cups in the City of London.