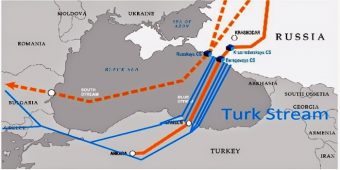 South Stream Transport B.V. and Allseas Group  signed in Amsterdam a contract to build the second string of the TurkStream gas pipeline’s offshore section. The document was signed as part of the option included in the construction contract for the pipeline’s first string, which had been inked in 2016.

In a similar fashion to the construction of TurkStream’s first string, Allseas plans to use Pioneering Spirit, the world’s largest construction vessel, to lay more than 900 kilometers of pipes across the seabed for the second string of the pipeline.