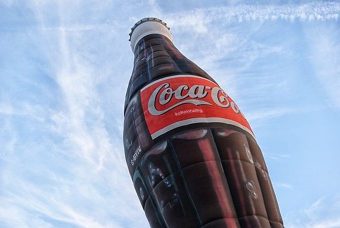 Coca-Cola European Partners (CCEP) will today launch a major new strategy designed to curb the environmental impact of its packaging and boost the recycling rate for its iconic cans and bottles.

The company said that currently UK-wide only 70 per cent of cans and 57 per cent of plastic bottles are recycled each year, despite both materials being fully recyclable.

In order to boost its recycling rates, the company is to unveil a three-point plan designed to increase its use of recycled materials, deliver a multi-million pound communications campaign targeting its customers, and support reform of the UK recycling system, including through a trial of new “incentive-based” waste collection schemes.

“Our goal is to work with local and national partners to ensure all of our packaging is recovered and recycled,” he said. “Our new strategy sets out how we will start work to achieve that. We have focused on the actions we can take as a business – such as our ability to communicate to consumers on the importance of recycling – as well as the areas where we want to work in close collaboration with others to reduce litter and increase the recovery and recycling of plastic bottles.

Specifically, the company has set a new target to work with its recycling partner Clean Tech to double the amount of recycled plastic in every one of its PET bottles by 2020 – from the current average of 25 per cent to 50 per cent.

It will also launch a new communications campaign centred on a TV ad that will debut later this month. The advert is called Love Story and features two “love struck plastic bottles” who are parted and then reunited as they are disposed of properly, recovered and then recycled into new bottles. The company said the campaign will reach 35 million Britons by the end of this year and will be supported by a new recycling message on bottles.

In addition, the company will today reiterate its support for trialling a bottle deposit scheme that would reward customers for recycling.

“As part of its commitment to support DEFRA’s new working group on voluntary and economic incentives to reduce littering, CCEP will seek to advance its own knowledge of how consumers are motivate by an incentive-based scheme by testing an on-the-go bottle collection and reward programme,” the company said in a statement. “This test will examine the behavioural impact of reward schemes and help inform any future national approaches to reducing litter and increasing collection and recycling rates.”

Earlier this year the Scottish government announced plans to trial a bottle deposit scheme in support of its strategy for becoming a zero waste economy – a move which secured support from Coca-Cola.

Meanwhile, green groups have stepped up calls for the introduction of more ambitious policies and new levies on disposable materials such as plastic bottles and coffee cups, following the success of the plastic bag charge.

Den Hollander said Coca-Cola was keen to support wider reform of the UK’s packaging and recycling policy regime that would help accelerate the development of a circular economy.

“Our desire to double the amount of recycled material we use in our plastic bottles sends a clear signal that we want to play a positive role in supporting the circular economy here in Great Britain,” he said. “Our ambition – and our ability to go further in the future – will require reform of the packaging collection system in Great Britain and we will work with others to champion the changes that are required to ensure all our valuable materials are recovered.”

The move was welcomed by Marcus Gover, chief executive of waste advisory body WRAP, who said Coca-Cola’s commitment to “actively encouraging more people to recycle is a really positive step which we welcome”.

“A commitment that half of all the plastic they use will be recycled plastic, understanding that this will cost the business more, shows real leadership in the industry and provides the essential market for recovered materials,” he added. “Initiatives like this are much needed if we are to change consumer behaviour and recover and recycle more – WRAP and Recycle Now are excited to be working with them on this. We need more big brands to help inspire people to do their part.” 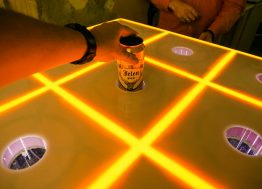 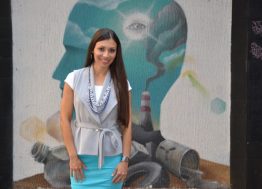 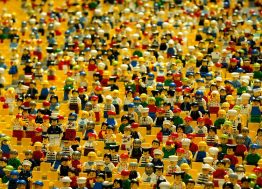 Lego Says It Will Eliminate Plastic by 2030