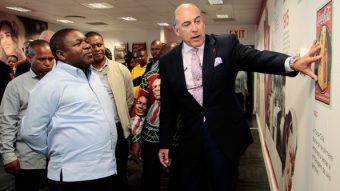 Matola Gare, Mozambique is now home to a new $130 million world-class bottling plant – the latest milestone in a 10-year, $17 billion investment plan by the Coca-Cola system in Africa.

At an official event to open the new facility, Coca-Cola Chairman and CEO Muhtar Kent noted that Coke has been investing in Africa for almost 90 years and is present in every African country with more than 70,000 employees across 145 bottling facilities.

“We have continued to increase investment in our business in Africa and are proud to be one of the largest employers across Africa as well as Mozambique,” Kent said. “This facility, which is proudly operated by our local partners from Coca-Cola Sabco, is the latest example of our continued commitment to refresh African consumers, while at the same time creating opportunities for enterprise and employment along our supply chain.”

The new plant is the largest green-field facility Coca-Cola Sabco has developed across its seven-country market in Southern and East Africa. It is equipped with fully computerized operations including energy, waste water recycling and building management systems.

Congratulating Coca-Cola Sabco on the opening of the plant, Mozambique’s President Filipe Nyusi said: “Coca-Cola’s investment in job creation and the growth of skills in Mozambique is a testament to the company’s commitment to assisting us grow the economy of the country.”

Coca-Cola Sabco Managing Director Simon Everest added: “We need to look ahead and understand the trends and forces that will shape our business in the future and be able to move swiftly to prepare for what’s to come. The Matola Gare plant is an example of how we are getting ready for tomorrow, today.”