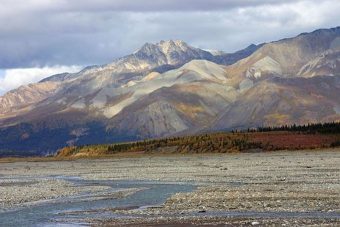 The Alaskan tundra is releasing an increasingly large amount of CO2 due to a warmer climate, new research shows.

A study published in the Proceedings of the National Academy of Sciences found that CO2 emitted from the tundra between October and December of each year increased more than 70 percent from 1975 to 2015, likely influenced by season creep and increasingly warmer winters.

“There is a lot of potential CO2 from these soils, which worries people,” lead author Roisin Commane told the Guardian. “We’d prefer the carbon stays there.”

The study suggested that the tundra’s emissions of CO2 have become greater than its uptake during the spring and summer growing season.

“Tundra soils appear to be acting as an amplifier of climate change,” co-author Steve Wofsy, a Harvard atmospheric scientist, said in a statement issued by NASA. “We need to carefully monitor what it’s doing up there, even late in the year when everything looks frozen and dormant.”