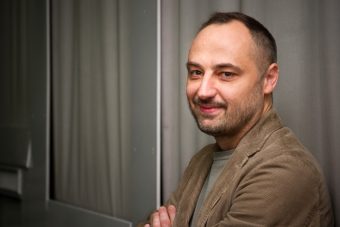 Although it was evident at the beginning of the second half of the last century that significant changes in the climate system could be expected and that these changes would have an adverse impact on society and the living world, it seems that these predictions about possible problems in the future, especially because we refer to distant future at the moment, were not enough to trigger the wider interest that exists today. It may sound a little improbable yet in addition to the fact that the scientists, who were constantly warning about the changes we are witnessing today, informally predicted when these changes would attract the attention of the wider public, as well as the interest that would extend beyond the relatively small research community of that time.

Fifty years ago, the signal of change was not big enough to be discerned from variations that were the part of natural processes without detailed analysis. At that point, estimates suggested that the signal of climate change would fall outside the range of natural variability in the late 1990s and early 2000s, and also that the frequency and intensity of individual anomalies would be large enough to indicate unequivocally that we were entering a new age when we talk about the climate of our planet. It happened at the turn of the century, the value of the mean temperature of our planet came out of the range of natural fluctuation, while extreme weather and climatic events were more often described as something that hadn’t been seen before. Today, the mean global temperature of the planet is 1 °C higher than the mean value from the period before the Industrial Revolution, and it ultimately falls out of the range of variability of its value over the last 10,000 years, the period is known in science as the Holocene Epoch during which the modern civilisation emerged.

In addition to the fact that the data clearly show that the climate of our planet today has changed in many aspects, it
is very important to know what is causing these changes. The explosive development of society from the beginning of the Industrial Revolution to nowadays, as well as the level of comfort in which modern society enjoys, are correlated at the large extent with the consumption of large amounts of energy that has become easily available to us by using use of fossil fuels. Coal, oil and gas are the main energy support for a wide range of activities, from the simple daily needs of each of us to the very complex and energy-intensive industrial processes. However, the massive use of fossil fuels also entails unfavourable consequences, namely the emission of greenhouse gases, primarily carbon dioxide. From the beginning of the Industrial Revolution, the concentration of this gas in the atmosphere has increased by 45 per cent, making our planet absorb more energy than it emits into space. Quite simply, the uncontrolled emissions put the planet in an energy imbalance which caused its warm-up.

The gradual warming of the planet caused many other changes. Some of the changes are melting of the poles, Greenland and glaciers around the world, the rise in global ocean levels, the increased frequency and intensity of heatwaves, changes in the circulation of air masses due to which the situation with abrupt penetrations and quasistationary systems became more common. Also, since warmer air may contain more water vapour, namely with the temperature rise of one-degree water vapour increases by 7 per cent, nowadays in the atmosphere, which is rich in water vapour anyway, when the clouds are forming, we can expect heavy rainfalls. Rainfall intensified in almost all parts of the world, particularly in those located in the extreme parts of allotment, which led to an increased risk of flooding.

Since the intense rainfall is the most common element of storm clouds, situations with stormy weather have also become more frequent and the “power” of storms more devasting. On the other hand, due to the high temperatures that enable faster evaporation of water from the soil, droughts have also become more frequent and intense, especially in the areas which have already been arid and semiarid. In situations in which forest fires occur, frequent droughts, accompanied by high temperatures and heatwaves, enable the faster spread of forest fires thus covering larger areas more quickly. Therefore, it is not surprising that in recent years, we have had examples of forest fires around the world that spread over unusually large areas and even in the regions such as Scandinavia and Siberia.

All this had an impact on the living world; thus, many changes have been recorded in it, and this year the first results of a comprehensive analysis have been published, indicating that we are probably on the verge of the next great extinction. What particularly worries, except the fact that these changes are becoming more evident year after year, is their pace, which is becoming faster, due to the increasing greenhouse gas emissions, which, with few exceptions, continue to grow every year and the existence of positive feedback in the climate system also accelerates this process. If the whole process continues in this direction and this pace, some of the feedbacks in the future can lead to dramatic changes in the relatively short term. The sudden release of methane from the permafrost of the northern latitudes would give additional impetus to global warming, while the accelerated melting of western Antarctic ice sheet or Greenland would lead to an increase of the global ocean by an additional few meters above the estimates that are currently considered to be most likely.

Apart from the fact that we are aware of the magnitude of climate change today, as well as of the reasons that have caused it, it is even more important that we can evaluate what it will be like in the future and that depends on our actions. If the fossil fuels remain the primary source of energy and emissions continue to rise from year to year, the planet will warm up by additional 4 to 5 °C by the end of the century. In that case, we can talk about the planet that is not recognisable in many elements. The greatest danger to society is the fact that frequent losses, as a consequence of extreme weather and climate conditions, as well as possible migrations, due to the rising level of the global ocean, can lead to the temporary stagnation of global society. Namely, the annual damage caused by climate change may be than the usual growth which society expects, thus instead of developing the society in the direction of improving the quality of life, all resources would be directed to constant damage coverage and reconstruction of the lost.

To avoid such an unfavourable scenario, in 2015 all countries of the world agreed, by signing Paris Agreement, that this problem must remain within acceptable limits, and that it was necessary to limit the temperature rise to 2 °C. Most studies and analyses indicate that this limit is generally acceptable. As for an additional one degree of increase in temperature compared to the current change, society still has a chance to adapt to changes without compromising its further development. For this to be fulfilled, fossil fuels need to be abandoned during the first decades of the second half of the century, and the energy coming from the renewable sources such as sun, wind and water needs to be the carrier of the humanity’s energy needs. 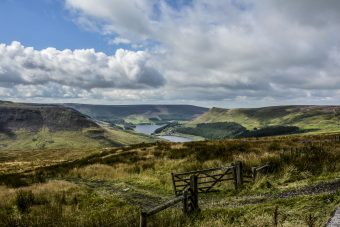 Throughout the world, this transformation has already been initiated. Year by year the data show that the speed at which new renewable power plants, especially those producing energy from the sun and wind, are put into operation, exceeds the estimates of their development published only a few years ago. Naturally, this revolution is happening faster than expected. With the introduction of electric vehicles, the automotive industry seems to be goingthrough a renaissance period, which was also aided by the unexpected fall in battery prices. It is indeed encouraging news, but for the Paris Agreement to be fulfilled, all this must be several times faster than the current trends. This fact has been recognised by many countries, especially the European Union member states; thus decarbonisation deadlines are becoming more ambitious, although the public demand for necessary changes is certainly contributing to this, including the loud and clear demands of teenagers in recent months. Abandoning fossil fuels is an unavoidable task when it comes to fulfilling of the Paris Agreement, but adapting to climate change must not be left aside. Today, adjustment is already required in many areas compared to the current changes, and even if the Agreement turns out to be successful, the planet will go through another warming period in the next few decades, thus as the time passes by, the adaptation will only gain in importance.

In this respect, all relevant sectors need to recognise this, and they need to adapt their development plans to the fact that climate will undoubtedly be different in the future. In addition to broad interest, what is missing now is widespread action, which is necessary if we do not want to jeopardise our future, as well as the future of the following generations. We need to be aware that the excuse a lack of action no longer exists since when it comes to climate, all cards are put on the table.