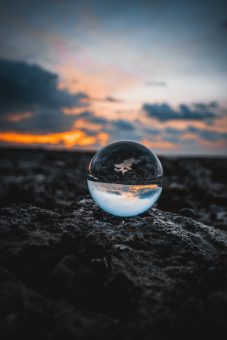 “As an actor, I pretend for a living; I play fictional characters. I believe that mankind has looked at climate change in that same way as if it were fiction. None of this is rhetoric, and none of it is hysteria; it is a fact,” once said Hollywood favourite Leonardo DiCaprio, who is the envoy of UN’s Secretary-General on Climate Change.

This statement by the famous actor and environmental activist reflects the true state of affairs, not only in Serbia but across our planet as well. We all live burdened with personal problems, and we do not overthink about climate change, except when a disaster happens. However, it would be wise, before climate change reaches a dramatic level, to know why they occur and how we can mitigate their effects.

Very often you can hear that climate changes are a natural process and that even our famous scientist Milutin Milankovic spoke about them, yet here we are not referring to the natural cycles of warming and cooling, but to climate changes that result from human activities. These climate changes were first mentioned in the late 19th century, and the person who first spoke about them was the Swedish scientist Svante Arrhenius. The climate has previously changed solely as a result of natural circumstances. Nevertheless, with the advent of industry and population growth, the human factor takes over the primacy. Forecast for the near future is not bright at all unless we do something urgently given the fact that the climate change will grow and consequently the unfavourable living conditions on the plant will also grow.

Of course, there are always divergences, and climate change are no exception. Scientists find arguments for and against climate change, yet we can say with certainty that greenhouse gases resulting from human activities are on the rise and they have a significant effect on the enhanced warming of the atmosphere. The concentration of greenhouse gases before the Industrial Revolution was around 280 ppm (ppm – parts per million), reaching a record level of 405.5 ppm in 2017. It is well known that the increase in the concentration of these gases occurs as a result of the burning of fossil fuels.

Of course, these are not the only consequences of the increased concentration of greenhouse gases. In addition to the frequent and intense droughts and floods in recent years, the fact is that glaciers and polar caps are constantly melting, sea levels are rising, and ocean acidity is increasing. All this has an impact on the safety of drinking water, food and indirectly on the health of the population.

The extinction of wildlife is also linked to climate change. Admittedly, climate change are not solely responsible for the reduction of biodiversity. Human greediness plays a significant role in the diminishing diversity and abundance of once rich flora and fauna around the world. We ruthlessly kill certain animal species due to fashion, superstition or prestige.

We do not stop even there. It appeared in the media that the Amazon fire was set, which has not been confirmed yet. As if it is not enough that forest fires are catching up more extensive areas, due to high temperatures and heatwaves, even in the areas not prone to wildfires.

We can always choose the easier path and continue to deny that our planet and its ecosystem are in danger. As if a man belongs to another, reserve ecosystem. I am not sure how long life on the planet can survive. Even if one does not believe in climate change and does not worry about its consequences, we should at least be slightly concerned about what kind of air we breathe, what kind of food we eat and what kind of water we drink. Our planet needs fighters who won’t give up on it, especially young people and teenagers like Greta Thunberg.

It seems to me that I am not the only one who feels like we are all standing on the edge of an abyss with eyes closed. Still, if we would open our eyes, we might take a step backwards to save ourselves. Many people made this life-saving step before us. Thus, Leonardo, Greta invited us to the awakening, and Rambo Amadeus, Vojin Cetkovic and Vuk Kostic have done that from the pages of our Magazine. They all strive to leave a nicer and better planet to the future generations by using their popularity to influence all those who are ignoring the elephant in the room.