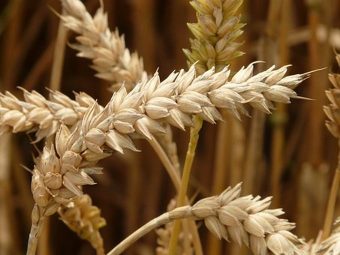 Global production of the 4 most important staple crops in the world — maize/corn, wheat, rice, and soybeans — will be reduced by around 23% by the 2050s as a result of worsening anthropogenic climate change, according to new research published in the journal Economics of Disasters and Climate Change.

Notably, even by the 2030s — not that long from now — production of the staple crops mentioned above are expected to fall by ~9%, owing to rising temperatures (both rising minimums and maximums), increasingly extreme weather, and drought.

It should be noted that the findings don’t take into account rising soil depletion/erosion problems, the possibility of synthetic fertilizer shortages, or the possibility of large-scale wars or social breakdown. In other words, things could get notably worse than the figures above, which are already quite extreme.

Climate Central provides more: “The negative impacts of climate change to farming were pretty much across the board in the new analysis. There were small production gains projected for Russia, Turkey, and Ukraine in the 2030s, but by the 2050s, the models ‘are negative and more pronounced for all countries,’ the researchers wrote in the study.”

That matches the findings of many earlier studies.

The lead author of the new study, Mekbib Haile of the University of Bonn, noted that increases to average temperatures during the growing season don’t impact the staple crops mentioned above much until a “tipping point” is reached — which is apparently around 89° Fahrenheit for the crops in question.

It should be realized that, as with the ICCT’s climate change predictions, these estimates may well be underestimates, depending on how fast anthropogenic warming and associated changes occur over the coming decades.

It should also be realized here that there are already some ~2 billion people around the world who subsist on diets that result in a nutrient-deficient state of health — as this problem worsens in the coming years owing to dropping crop yields, nutrient deficiencies will become even more common, and so will a wide variety of diseases and infections as a result.