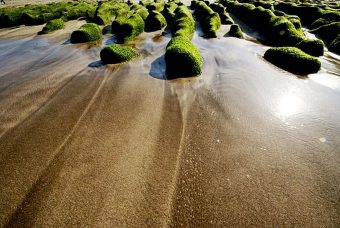 A study published Thursday in the journal Science finds that heavier rainfall could increase nitrogen runoff in U.S. lakes, rivers and streams by 19 percent by the end of this century.

Last year, heavy rain caused an algal bloom in southern Florida that led the governor to declare a state of emergency, while a 2014 algal bloom contaminated the water supply in Toledo, Ohio.

“When we think about climate change, we are used to thinking about water quantity—drought, flooding, extreme rainfall and things along those lines,” Anna Michalak, professor of global ecology at the Carnegie Institution for Science in Stanford, California, and an author of the study, told the New York Times.

“Climate change is just as tightly linked to issues related to water quality, and it’s not enough for the water to just be there, it has to be sustainable.”