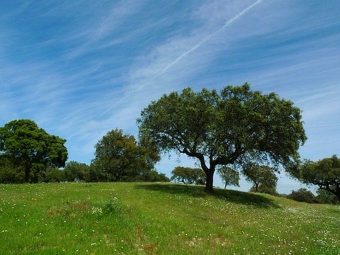 Life on Earth has already been fundamentally altered by global warming, affecting the genes of plants and animals and altering every ecosystem on the planet, according to a major review of the scientific literature.

A paper in the leading journal Science warned the changes were so dramatic – and potentially dangerous – that scientists might be forced to intervene in some cases to create “human-assisted evolution”.

One of the main concerns about climate change is it will seriously damage food production, particularly in places prone to flooding and drought, leading to mass famines and the forced migration of climate refugees.

The researchers found that 82 per cent of the natural ecological processes that support healthy ecosystems on land and sea had been affected in a way that had not been expected “for decades”.

The average global temperature has risen by one degree Celsius since the 1880s, as humans have pumped greenhouse gases from fossil fuels into the atmosphere.

The researchers said this had “already had broad and worrying impacts on natural systems, with accumulating consequences for people”.

“Minimising the impacts of climate change on core ecological processes must now be a key policy priority for all nations,” they wrote in the paper.

“It is now up to national governments to make good on the promises they made in Paris [at last year’s climate summit] through regular tightening of emission targets, and also to recognise the importance of healthy ecosystems in times of unprecedented change.

“Time is running out for a globally synchronised response to climate change that integrates adequate protection of biodiversity and ecosystem services.”

Many species are shifting towards the poles as the world has warms, while others are seeking higher ground.

“Some fish species appear to be shrinking, but attributing this solely to ocean warming is difficult because size-dependent responses can be triggered by commercial fishing as well as long-term climate change,” the researchers wrote.

“However, long-term trend analyses show convincingly that eight commercial fish species in the North Sea underwent simultaneous reductions in body size over a 40-year period because of ocean warming, resulting in 23 per cent lower yields.”