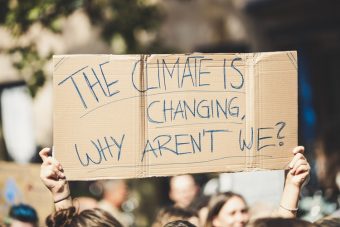 At a Climate Ambition Summit on 12 December, 75 leaders from all over the world unveiled new commitments and concrete plans to reduce greenhouse gas emissions to tackle ever-increasing climate change indicators and impacts.

The Summit was co-convened by the United Nations, the UK and France, in partnership with Italy and Chile, on the 5th anniversary of the Paris Agreement and marked a major milestone on the road to the crucial UN climate conference COP26 in Glasgow next November.

Announcements made at or just before the Summit, together with those expected early next year, mean that countries representing around 65 percent of global CO2 emissions, and around 70 percent of the world’s economy, will have committed to reaching net zero emissions or carbon neutrality, according to a press release issued at the end of the event.

“The Summit has now sent strong signals that more countries and more businesses are ready to take the bold climate action on which our future security and prosperity depend,” said U.N. Secretary-General António Guterres.

“Today was an important step forward, but it’s not yet enough. Let’s not forget that we are still on track to an increase of temperature of 3 degrees at least in the end of the century, which would be catastrophic,” he said.

Two recent WMO reports showed that greenhouse gas concentrations continue to track at record levels, and that 2020 is set to be one of the three warmest years on record, with the average global temperature about 1.2°C above the pre-industrial era. The five years since the Paris Agreement in 2015 have been the warmest on record.

“The recovery from COVID-19 presents an opportunity to set our economies and societies on a green path in line with the 2030 Agenda for Sustainable Development. “As we look ahead, the central objective of the United Nations for 2021 is to build a truly Global Coalition for Carbon Neutrality,” said Mr Guterrez.