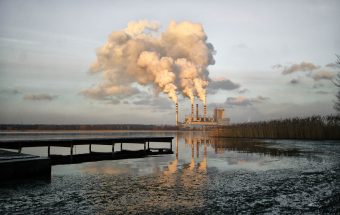 It is very difficult to reverse the effects of water pollution. Natural processes that cleanse the water can take years, decades, or even centuries, and even with costly technological processes, it can take years to remove all of the harmful substances from the water.

How can the pollution source be removed?

Removing pollution sources occurs in a number of ways, depending on the source (and whether the pollution originates from a point source or a non-point source), and the type of pollution. Removing the source can be as easy as digging up a leaking oil tank or as difficult as legislating controls on a toxic substance.

Unfortunately, industrial and agricultural pollution practices are generally not minimized until government regulations are developed to set limits on air and effluent emissions. The regulations typically determine the amount of pollutants that can be emitted, as well as how and where wastes may be disposed of.

Air stripping is a method that uses air to remove contaminants from water. This process can effectively remove chemicals that evaporate easily, including fuels and solvents. Contaminated water is pumped through a large chamber, where it is sprayed over packing material. The packing material allows the water to slowly trickle to the bottom of the tank.

At the same time, a fan blows air upwards, which causes the chemicals to evaporate out of the water. The chemicals are collected at the top of the tank, and treated, so that they cannot cause further pollution.

Another process that is commonly used to remove pollutants from water is filtration through activated carbon filters. This method can remove fuel, PCBs, dioxins and radioactive wastes. The polluted water is sent through columns of activated carbon; the chemicals stick, or sorb, to the surface and within the pores of the granules, and the clean water flows through. Many people are familiar with activated carbon filters, as these comprise most tap water filters and fish tank filters.

Bioremediation is a process that uses microorganisms that are naturally found in the soil, to digest contaminants in soil and water, including the chemicals that are found in gas and oil spills. As shown in the diagram below, the microorganisms digest the chemicals, and convert them to water and harmless gases, such as carbon dioxide. 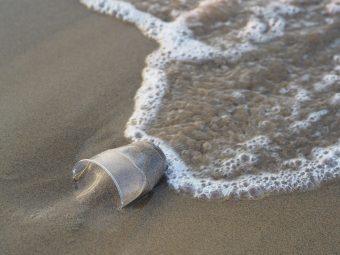 Phytoremediation is a process that uses the roots of plants and trees to remove pollutants, such as metals, pesticides and oil, from soil and water. Trees can remove contaminants that are in deep aquifers, because the roots reach much further than those of small plants.

When the roots of plants take in water and nutrients, they also take in the chemicals and store them in their roots, stems and leaves.

The plants can then convert the chemicals into gases that are released into the air as the plant transpires, or breathes. Or, the chemicals can stick, or sorb, to the plant roots; in this case, the chemicals are removed from the water or soil only when the plant is removed.

A further benefit of phytoremediation is that plants and trees help to prevent further contamination by minimizing runoff and erosion. There is concern, however, about the impact that the plants could have on the ecosystem, as animals feed on plants containing concentrated amounts of toxic chemicals.

Ozone, which is a gas, can also be used, but it is more difficult to contain than liquids. To apply chemical oxidation to a groundwater source, wells are drilled and the oxidant is pumped in. Often, two wells are dug, so that the water can be circulated, as is shown in the diagram to the right. This ensures that the oxidant is able to be evenly mixed in the water, and remove the majority of the contaminants.