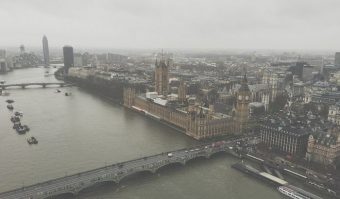 ClientEarth has been awarded £100,000 to expand its work tackling air pollution in the UK capital by the City of London Corporation’s charity arm, City Bridge Trust.

Announced late last week, the funding has been earmarked for a new project that will see the environmental law firm work alongside London businesses to boost their awareness of the effects of air pollution and the action they can take to tackle it.

ClientEarth, which is based in London, will also seek to build business support for policies which aim to improve air quality in the capital.

The law firm has been embroiled in a long-running legal battle with the UK government over levels of nitrogen dioxide air pollution in a number of UK areas – including London – that are in breach of EU clean air legislation.

After a key battle in the High Court last year, the Department for Environment, Food and Rural Affairs (Defra) was ordered to scrap its existing national plan for tackling air pollution and draw up a set of stronger proposals for cleaning up the UK’s air by July 2017.

According to ClientEarth, London has some of the worst air quality in the UK and the organisation wants the city to become a world leader in sustainable transport while also implementing a more stringent Ultra Low Emission Zone in the centre, as the Mayor Sadiq Kahn plans to do before 2020.

ClientEarth spokesman Simon Alcock said it was the “perfect time” to be engaging businesses about air quality following the law group’s victory against Defra and the drive to improve London’s air quality led by the new Mayor.

“The solutions to solving our clean air crisis should benefit business and consumers,” said Alcock in a statement. “It will help protect the health of employees and make London a more desirable place to work and live. It will also create economic opportunities for businesses that develop the new products and services we will need to clean up London’s air. We want to build business support for this shift and to help make London a world leader in sustainable urban transport and clean technologies.”

Alison Gowman, chairman of the City Bridge Trust Committee, said tackling air pollution is a priority for the City of London Corporation, which she said is “keen to help ClientEarth work with the capital’s businesses to improve London’s air quality.

“We are committed to supporting Londoners to make the capital a healthier and fairer place to work and live,” said Gowman. “We are delighted to have helped so many projects through the fund that are opening up incredible opportunities and enhancing lives.”