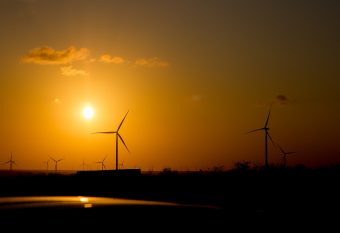 Christmas Day was the greenest on record for energy generation, according to the power group Drax.

The company said more than 40% of the electricity generated on the day came from renewable sources, the highest ever. It compared with 25% on Christmas Day in 2015, and 12% in 2012.

Andy Koss, chief executive of Drax Power, said: “These Christmas figures show that the UK energy system really is changing. Renewables are increasingly vital to the UK’s energy mix as we decarbonise and move away from coal.”

Figures produced by Electric Insights and commissioned by Drax showed that three-quarters of renewable energy produced on Christmas Day came from wind turbines.

Drax is Britain’s largest coal power producer but it is in the process of converting its facility to using biomass.

Koss said the company provided 20% of the UK’s renewable power in the first half of 2016. “It’s important to have the right mix of energy generation to ensure we are decarbonising, whilst also keeping the lights on and the costs down,” he said.

Earlier this month Drax said it was bidding to buy business energy provider Opus Energy and four gas stations as part of the move away from coal. If the £340m deal goes ahead, it would create Britain’s fifth-biggest business energy retailer in combination with Drax’s existing Haven Power customers.