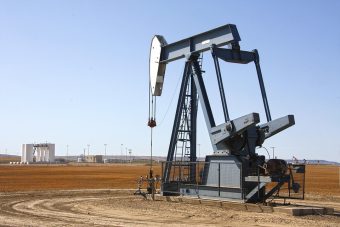 It might seem disingenuous to call any country’s foreign oil dependency a nightmare, but that’s exactly what it is. A myriad of problems stem from foreign oil dependency, ranging from a massive transfer of wealth, to securing vital supply lines and shipping lanes to other geopolitical considerations.

As a major country becomes more dependent on foreign oil, that particular country’s geopolitical decisions and foreign policy become more limited or even forced, something the U.S. struggled with for nearly 40 years as oil demand was one of the major factors influencing U.S. foreign policy, especially in the Middle East, with subsequent allies and foes in the region up to the present.

Amid troubled oil markets and a more than two-year oil price downturn that has seen oil prices plunge from $115 per barrel in the summer of 2014, to now trading in the paltry $40s range, well below the production break even point for many major producers, news came from China on Tuesday that the country’s crude oil output fell nearly 10% in August from the same period a year ago – to the lowest in more than six years.

Chinese crude production amounted to 16.45 million tonnes (3.87 million barrels per day) in August – the least on a daily basis since December 2009 and the second month of sharp declines.

Though some of this increase has been to fill the country’s strategic petroleum reserves, which reportedly are at or near full capacity, China’s foreign oil dependency rate, which hit 60% in 2013, has now exceeded that mark, and will likely remain above 60% for the long-term in light of its domestic production slowdown.

Last month, Sinopec Chairman Wang Yupu said that the company had shut down aging wells and reduced output to counter the decline in crude oil prices.

This also highlights another problem for China. Its onshore oilfields are maturing. Onshore fields represent approximately 80% of China’s current crude oil production capacity, while 20% of production is from shallow offshore reserves as of 2015, according to the U.S. Energy Information Administration’s (EIA) latest analysis of China’s energy sector.

Not only are China’s onshore fields maturing while new fields need to be developed, but the economics of the low oil price environment will mostly hinder development of new fields to offset the drop in production.

The way out for China is not easy to foresee. However, the result of China’s oil production dilemma is easy to understand – increased foreign oil dependency.

Beijing will have to intensity its already massive global oil search, increasing reliance in places from troubled South Sudan, to Niger, Iran, Iraq, Saudi Arabia, Angola, Russia, and Venezuela, among others.

Perhaps China should consider taking advantage of U.S. shale oil exports. Though posing a potentially embarrassing geopolitical about-face for Beijing, at least U.S. production offers security of supply. The same argument can be made for an increase in Chinese procurement of American liquefied natural gas (LNG).

Beijing, who until a few years ago, saw energy independence as a key part of national security, has to reformulate a plan– one with no easy answers. 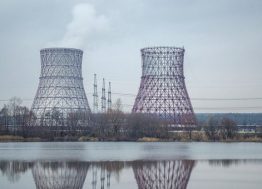