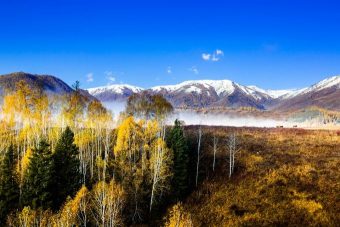 China is notorious for having some of the worst air pollution on the planet. In 2014 the country declared war on smog, and the results are in: China is killing it. In just four years, pollution is down 32 percent on average. Now, it’s fair to say that the country is leading the way in proving to the world that meaningful change is possible.

Getting to this point wasn’t easy. The Chinese government has been very aggressive in controlling pollution by prohibiting new coal plants and forcing existing ones to reduce emissions, closing some steel and coal mines, and reducing automobile traffic. It has also invested heavily in renewable energy. And it’s working; Beijing has seen air pollution fall by 35 percent and Shijiazhuang has realized a drop of 39 percent. China’s most polluted city of Baoding had a reduction of 38 percent.

Almost every region in China has beat its targets, and the results go beyond allowing people to breathe easier – experts believe that Chinese citizens could live 2.4 years longer on average if these declines persist.