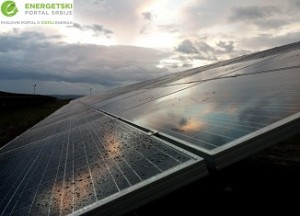 Chile’s solar industry has expanded so quickly that it’s giving electricity away for free.

Spot prices reached zero in parts of the country on 113 days through April, a number that’s on track to beat last year’s total of 192 days, according to Chile’s central grid operator. While that may be good for consumers, it’s bad news for companies that own power plants struggling to generate revenue and developers seeking financing for new facilities.

Chile’s increasing energy demand, pushed by booming mining production and economic growth, has helped spur development of 29 solar farms supplying the central grid, with another 15 planned. Further north, in the heart of the mining district, even more have been built. Now, economic growth is slowing as copper output stagnates amid a global glut, energy prices are slumping and those power plants are oversupplying regions that lack transmission lines to distribute the electricity elsewhere.

“Investors are losing money,” said Rafael Mateo, chief executive officer of Acciona SA’s energy unit, which is investing $343 million in a 247-megawatt project in the region that will be one of Latin America’s largest. “Growth was disordered. You can’t have so many developers in the same place.”

A key issue is that Chile has two main power networks, the central grid and the northern grid, which aren’t connected to each other. There are also areas within the grids that lack adequate transmission capacity.

That means one region can have too much power, driving down prices because the surplus can’t be delivered to other parts of the country, according to Carlos Barria, former chief of the government’s renewable-energy division and a professor at Pontifical Catholic University of Chile, in Santiago.

“Michelle Bachelet’s government has set the energy sector as a priority,” said Carlos Finat, president of the country’s renewable association, known as Acera. “But planning has been focused in the short term when it is necessary to have long term plans to solve these type of issues.”

The government is working to address this issue, with plans to build a 3,000-kilometer(1,865-mile) transmission line to link the the two grids by 2017. It’s also developing a 753-kilometer line to address congestion on the northern parts of the central grid, the region where power surpluses are driving prices to zero.

“Chile has at least seven or eight points in the transmission lines that are collapsed and blocked, and we have an enormous challenge to bypass the choke points,” Energy Minister Maximo Pacheco said in an interview in Santiago. “When you embark on a path of growth and development like the one we’ve had, you obviously can see issues arising.”

Solar capacity on Chile’s central power grid, known as SIC, has more than quadrupled to 770 megawatts since 2013. Much of that comes from the grid’s northern sections, the Atacama region that’s home to the copper industry. Total installed capacity increased 5 percent in the past year, with half coming from solar farms, according to the grid operator, Cdecsic. SIC supplies power to the regions where 90 percent of the country’s residential demand is located.

The country is expected to install almost 1.4 gigawatts of solar power this year, up from 371 megawatts in 2015, according to Bloomberg New Energy Finance.